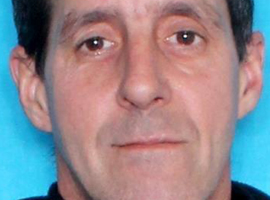 A Minden man is accused of throwing two hammers at his wife and threatening police when they arrested him.

Rex Taylor, 49, of the 800 block of Brackin Street, was arrested Thursday, Oct. 8 and charged with domestic abuse battery by aggravated assault, public drunkenness and resisting an officer by force or violence. Bond was set at $75,500.

Minden police chief Steve Cropper says on the above date, officers were dispatched to the Brackin Street residence and made contact with Taylor’s wife, who told officers her husband was intoxicated and was throwing items inside the house.

“Once she ran outside, Mr. Taylor came out and threw two hammers at her,” he said. “He then fled the residence. He was located walking the streets, and he was highly intoxicated with slurred speech and a strong odor of alcoholic beverage.”

He was taken into custody on Center Street at Goode Avenue, and once in custody, the chief says he refused to get into the patrol car.

“He was placed into the unit and began screaming, and apparently got into one of the officer’s face,” he said. “He slid forward in what appeared to be an attempt to kick an officer. He’s been known to kick officers in the past. He kicked his wife the night before, but she refused to pursue charges.”

According to the police report, Taylor was subdued and as he was being transported to the Minden Police Department, he made intimidating remarks to police.

He was booked at the police station and transported to Bayou Dorcheat Correctional Center.