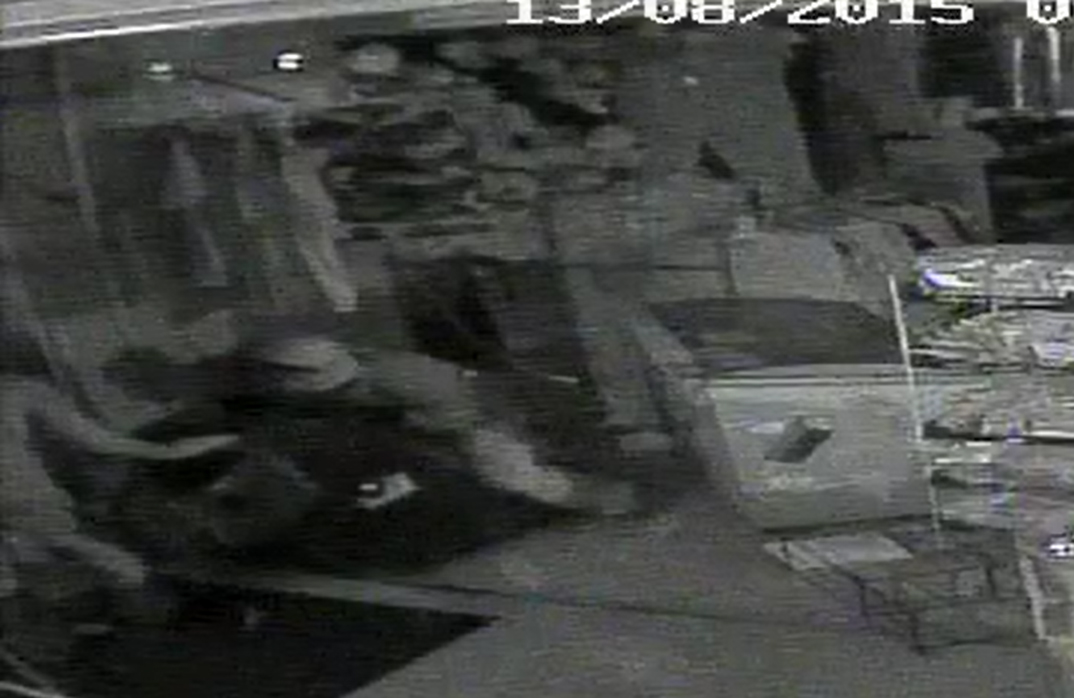 Minden police are seeking the public’s help in capturing four subjects involved in the attempted theft of an ATM machine from the Exxon store on Shreveport Road.

Police chief Steve Cropper says the attempted theft occurred around 4 a.m., Thursday, where the subjects tried to steal an ATM machine, and in doing so, caused heavy damage to the storefront.

“This morning (Thursday), they had an audio alarm, and apparently someone pulled up early this morning to get gas and noticed the damage to the storefront,” Cropper said, “and that’s when we were notified of what had taken place.”

Det. Keith King Jr. says four men, based on the video footage, appear to be black but descriptions of the individuals are vague. In the video, three of the four subjects are wearing something over their faces, one who appears to be wearing a veil of some sort across his mouth.

“Four guys went down to MAR-C Industries and attempted to get into one of their smaller minivans with no luck,” Det. Keith King Jr. said.

“They found an econo-van and popped the lock off of it, took off the ignition, cranked it up and went to the Exxon station.”

The perpetrators backed up to the front doors, he says, and two of them got out of the van – one with a crow bar, the other with a dolly.

“They pried the door open, and they went in, wrapped a chain around the center of the ATM machine and the other two held the door,” he said.

“The driver took off and ripped the ATM machine in half, leaving the bottom half. They ripped the top part off. What they don’t know is it’s anchored to the floor, so they didn’t get anything. They wasted their time.”

Once they jerked the chain, it took the door off the storefront and caused quite a bit of damage to the brick, King said.

Three took off on foot, and the driver took off in the van, he said. The van was found still running on Pershing Street, and police collected evidence from the van, including DNA, King said.

“Later this morning, after daylight, the van that was stolen from MAR-C was found on Pershing Street, and some residents on Pershing Street were getting their kids ready for school, and that’s when they noticed the van and that it was still running,” Cropper said. “They had actually run it into the back of another vehicle.”

The case is still under investigation, and police are asking the public to come forth with any information on who the suspects might be or if they have any information on the incident. Contact the Minden Police Department at 377-1212.