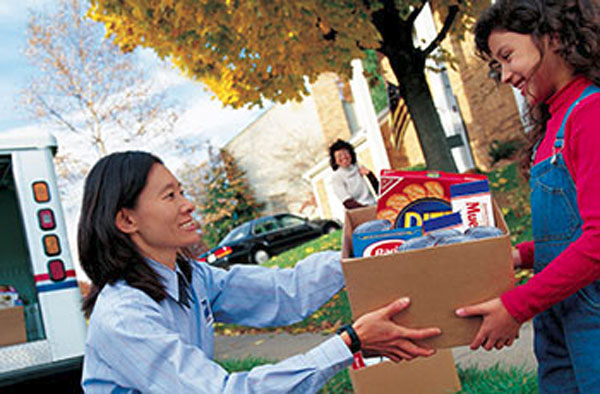 Saturday the National Association of Letter Carriers, United States Postal Service, United Way, Feeding America and other partners are asking the people of Minden to help Stamp Out Hunger. Now in its 23 year, the annual food drive has grown into a national effort that assists millions of Americans struggling to put food on the table.

The Stamp Out Hunger food drive, held on the second Saturday in May, has become the nation’s largest single-day food drive. In 2014, generous Americans donated 72.5 million pounds of food, feeding 30 million people. This was the 11th consecutive year of at least 70 million pounds collected by letter carriers.

The Stamp Out Hunger Food Drive has collected well over a billion pounds of food since it began.

“We’re proud to support this food drive,” said Postmaster Bruce Scott. “We’re asking residents for their support to help make this another successful year. It’s easy to make a donation: simply leave a bag of nonperishable food items by the mailbox to help your neighbors in need.”

The need for food assistance exists in every community in America. According to the U.S. Department of Agriculture, 50 million Americans are food insecure, meaning they live at risk of hunger. Perhaps the most alarming is the fact that nearly 16 million children in America are struggling with hunger. In addition, 4.8 million seniors face choices between paying rent, utilities, and having nutritious food.

To participate in the annual Stamp Out Hunger Food Drive, residents are encouraged to leave a sturdy bag containing nonperishable food items, such as canned soup, canned vegetables, peanut butter, pasta, rice or cereal, next to their mailbox prior to the time of regular mail delivery on Saturday. Letter carriers will collect these food donations as they deliver the mail and take it to local food banks.
For more information about the annual Stamp Out Hunger Food Drive, visit www.feedingamerica.org