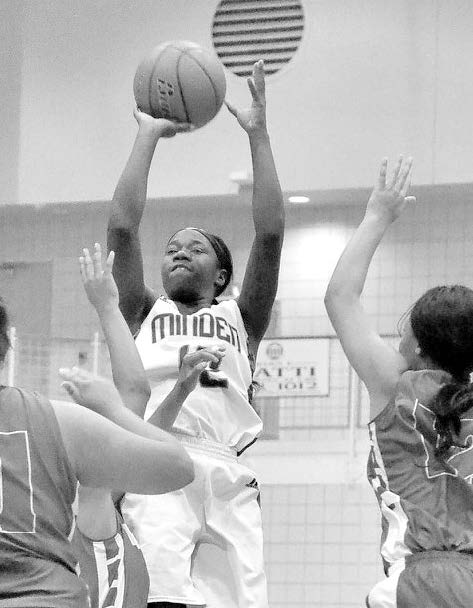 With the Minden Holiday Classic right around the corner and having just played a tournament weekend, the Minden Crimson Tide and Lady Tiders have a light week on the hardcourt.

The Lakeside Warriors and Lady Warriors can not say the same, as they have one mid-week game followed by the Red River Chevrolet Bistineau Classic hosted by Doyline.

The Crimson Tide, under the direction of secondyear head coach and Minden and Louisiana Tech alumnus Rennie Bailey, have started displaying signs of growth on the floor, coming up seven points shy of reaching the finals of the Jack Clayton Invitational this past weekend.

The Lady Tiders are stil undefeated at 9-0 after claiming the tournament’s girls trophy for the second time in three seasons.

The Tigers are 2-2 following a loss to Calvary in the Jack Clayton boys’ championship, while the Lady Tigers are 5-1 with their only loss coming against Ponchatoula in the final’s of the St. Michael Tournament in Baton Rouge.