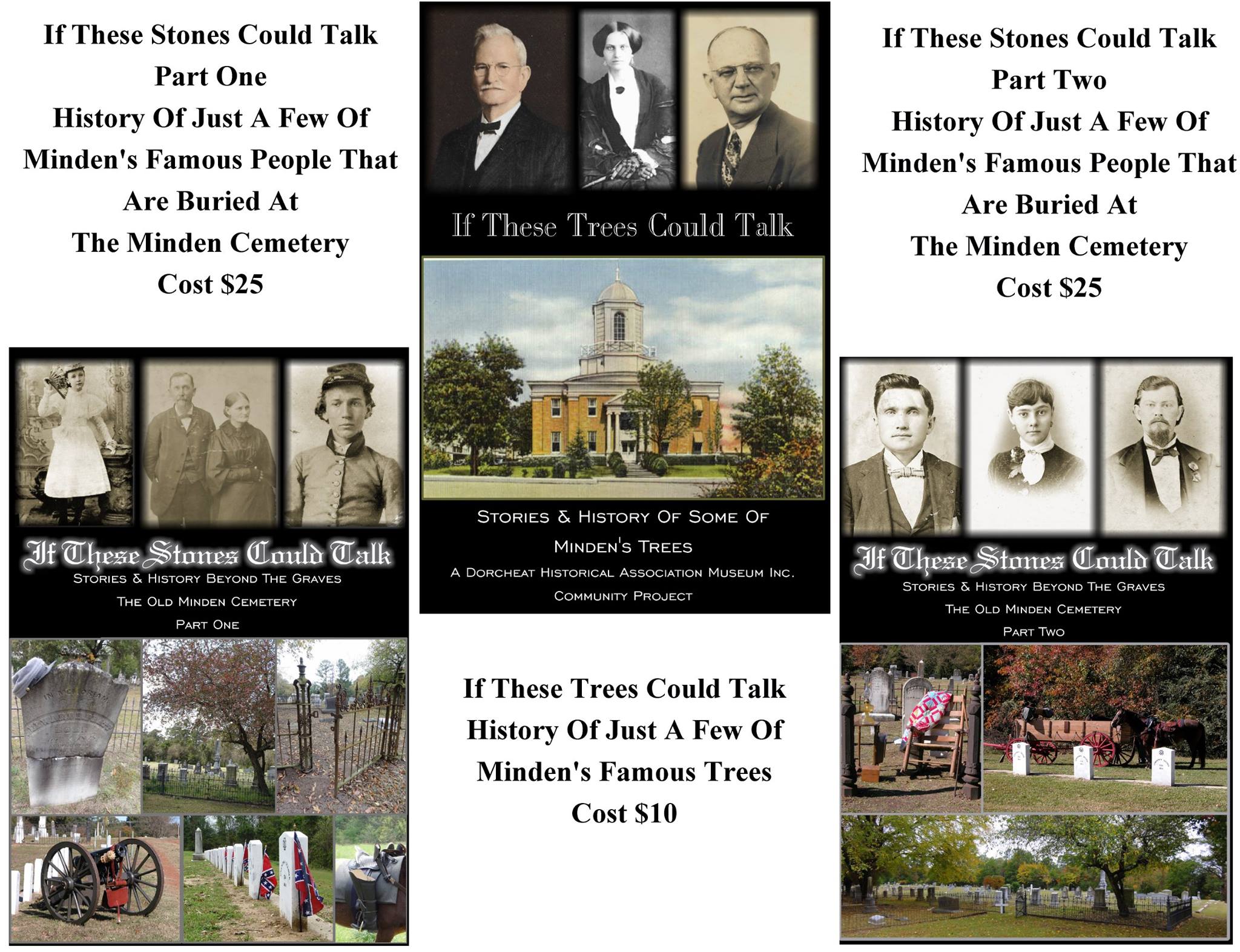 The Dorcheat Historical Museum is releasing three new books about the history of Minden and Webster Parish.

“These projects, like so many others, have been on my mind for years, especially since I began my job as director of the Dorcheat Historical Association Museum in 2007,” Schelley Francis, director, said. “I became involved with the Minden Cemetery Association in 2003. In 2004, Earlene Mendenhall Lyle and Ann Mays Harlan surveyed and compiled a book, ‘The Minden Cemetery.’ This book alone has served as a wealth of knowledge and valuable information for so many.”
Webster Parish Historian John Agan has made history real for so many of Francis’ projects.

“It’s been said about Agan, ‘We didn’t have much history until John told us we did,’” she said. “That statement holds true and many of my projects could never have been done without John Agan’s help and his love of history.”

The history of Minden’s trees is something Francis has been working on for a while. With recent questions about the Arizona Ash tree, the time is now. With research and digging into the archives, Francis was able to piece together a small book.

This series of cemetery books began for Agan and Francis in March 2015. The questions began the day she went to the Old Minden Cemetery many years ago searching for the people that built the home she purchased on East and West Street. Finding the graves of the Bakers and Susanella Schoenbrodt opened up the beginning of a desire to find out more about all the people buried on that hallowed ground.

In 2005, the first Ghost Walk at the Minden Cemetery took place and continued every November until 2011.

“Ghost Walk, more than anything, opened my eyes to all the amazing people that were buried here and the stories that needed to be told,” she said. “It also opened my eyes to the need to donate time and money to the Minden Cemetery. These books will preserve those stories and maybe one day be a guide to future generations when they need to tell stories of Minden’s earliest citizens.”

Francis said she learned very fast that history keeps her going, and digging until it’s all linked together.

“That’s what we hope these books do for those that read them,” she said. “Close some links and finds some pieces of the many puzzles that are part of our lives.
Preserving history is a labor of love. In my heart, I know that the time is now to get as much recorded. Every day we lose a member of past generations along with valuable information. I hope you enjoy these books as much as John and I have enjoyed collecting and piecing it all together in book form.”