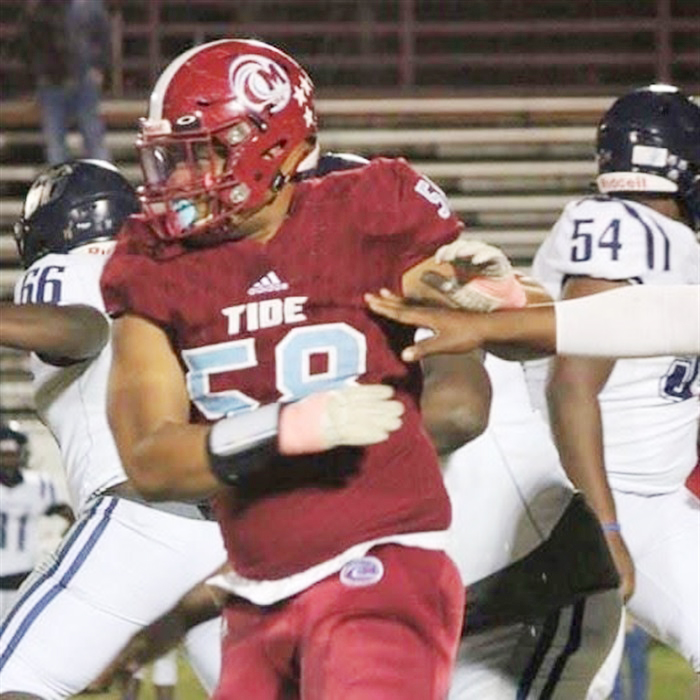 Reed, who has been recruited by Air Force and Navy among other colleges, is a 6-2, 315 defensive lineman who totaled 51 tackles, two sacks, nine quarterback hurries, one forced fumble, two fumble returns and one blocked punt as a senior.

“It has been a blessing to coach Makhi,” said Minden head coach Spencer Heard. “He played well on both sides of the ball for us — we also used him at both offensive guard and tackle when we needed to. He always came through.

“He is a high character young man with a very strong work ethic and love for his teammates. We will miss him both on and off of the field. I know he will do great things in the future.”

Two players who led their teams to Louisiana High School Athletics Association championships and a coach who returned to a title game for the first time in more than a decade headlined the LSWA’s Class 4A All-State football team.

Dennis Dunn, who led North DeSoto to its first title-game appearance, was voted Coach of the Year for the squad selected by a panel of sportswriters from across the state.

Dunn, who won nine titles at Shreveport’s Evangel Christian, coached the Griffins to a 12-2 record and a runner-up finish to Lutcher and Winfield in the Division II nonselect final.

Winfield led the Bulldogs to their ninth LHSAA title with 4,657 yards of total offense and 70 touchdowns. The recent Louisiana-Lafayette commitment passed for 2,187 yards with 32 touchdowns and rushed for 2,477 yards and 38 scores.

Beckwith led STM to the Division II select title with 95 tackles and six interceptions, two of which he returned for touchdowns.