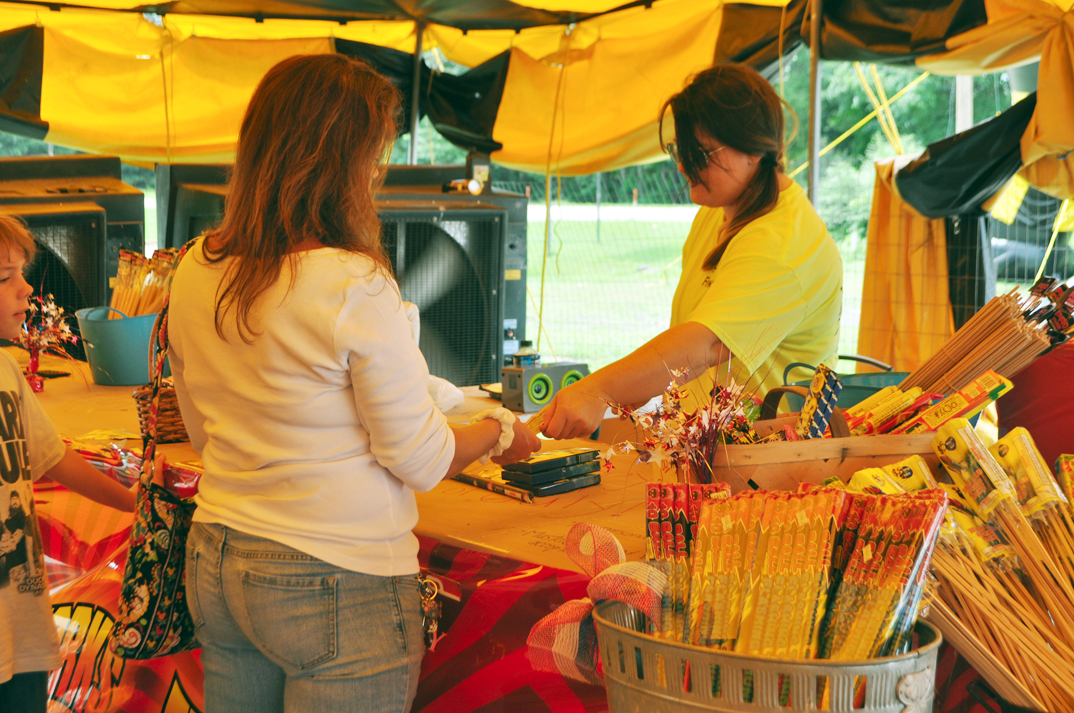 “Don’t let kids play with fireworks without an adult present,” he said. “Don’t light any in your hand or throw them.”

He says when shooting fireworks, it is best not to shoot them towards people, especially bottle rockets, because they can backfire causing, in some cases, severe injury.

“(Use) basic common sense in operating them,” he said. “Don’t light them or throw them around any structures; have them out in an open area.”

He also suggests having a water source nearby if it hasn’t rained all week, even with the amount of rain the area has received over the last several months.

Chief of Police Steve Cropper says a good rule of thumb to remember about fireworks is that as long as fireworks companies are selling, it’s OK to shoot fireworks.

Cropper says it’s important to have respect for your neighbors when shooting fireworks.

“If you have a neighbor living right next door and it’s late, you need to stop and think about them trying to rest,” he said.

“Just have respect for your neighbors and other people.”

Fireworks safety tips
The U.S. Consumer Product Safety
Commission offers the following tips
for using fireworks safely:
>> Never allow young children to play with or ignite fireworks.
>> Avoid buying fireworks that are packaged in brown paper because this is often a sign that the fireworks were made for professional displays and that they could pose a danger to consumers.
>> Always have an adult supervise fireworks activities.
>> Parents don’t realize that young children suffer injuries from sparklers. Sparklers burn at temperatures of about 2,000 degrees – hot enough to melt some metals.
>> Never place any part of your body directly over a fireworks device when lighting the fuse. Back up to a safe distance immediately after lighting fireworks.
>> Never try to re-light or pick up fireworks that have not ignited fully.
>> Never point or throw fireworks at another person.
>> Keep a bucket of water or a garden hose handy in case of fire or other mishap.
>> Light fireworks one at a time, then move back quickly.
>> Never carry fireworks in a pocket or shoot them off in metal or glass containers.
>> After fireworks complete their burning, douse the spent device with plenty of water from a bucket or hose before discarding it to prevent a trash fire.