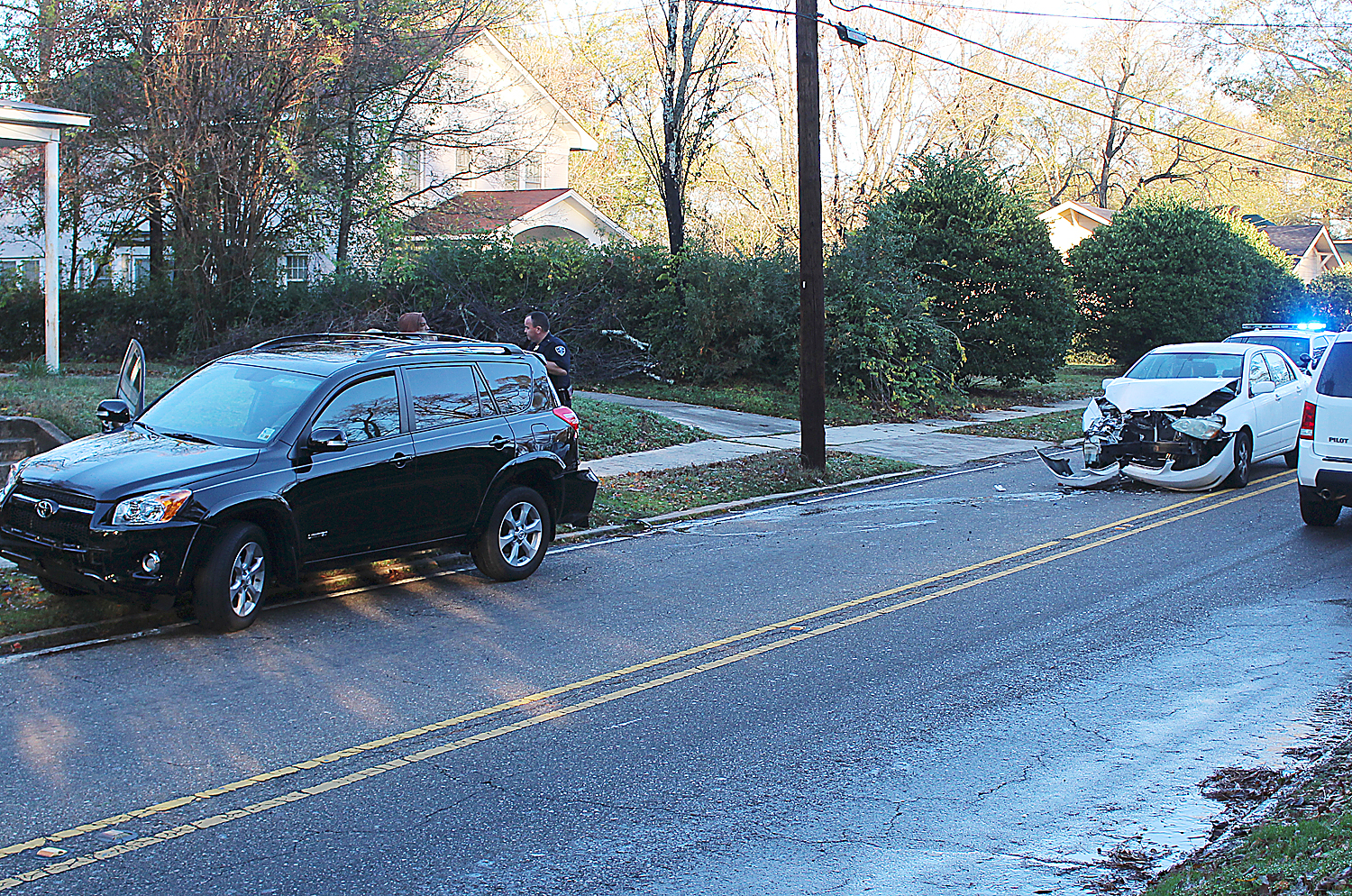 The wreck occurred just after 7:30 in the 600 block of Lewisville Road near the intersection of East and West Street.

According to eyewitnesses, traffic was stopped when a white Toyota Corolla traveling south crashed into the back of a Toyota Rav4, which caused it to rear-end the truck ahead of it.

No injuries were reported.