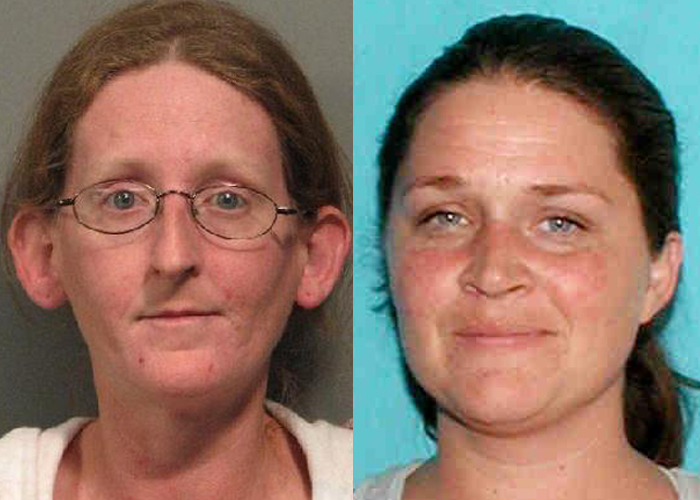 DIXIE INN — A fist fight between two teens led to the arrest of their mothers on delinquency of a juvenile charges.

Jennifer Lynn Dickinson, 37, and Rebecca Renee McVay, 40, were arrested on charges of contributing to the delinquency of a juvenile and disturbing the peace after Dixie Inn Police say the mothers watched their children fight in the middle of the road following a dispute.

Police Chief James Edwards said the dispute between the two teens had been ongoing. The two males met up around 11 p.m. Saturday, April 29 to fight, however only one mother was present, he said.

Once Dickinson got off work, the two teens and both mothers attempted to work the problem out, but it ended in the two teens fighting in front of McVay’s house in the 30 block of McArthur Drive in Dixie Inn, Edwards said.

The teens reportedly fist fought for 10 to 15 minutes and suffered injuries.

The next morning, Edwards said one of the teens went to the emergency room at Minden Medical Center for an unrelated issue and mentioned he had recently been in a fight. The staff then contacted Dixie Inn Police.

Both teens and mothers were questioned during the investigation and reportedly all gave the same story and admitted to their involvement.

All four subjects were arrested. The teens are each facing simple battery and disturbing the peace charges.