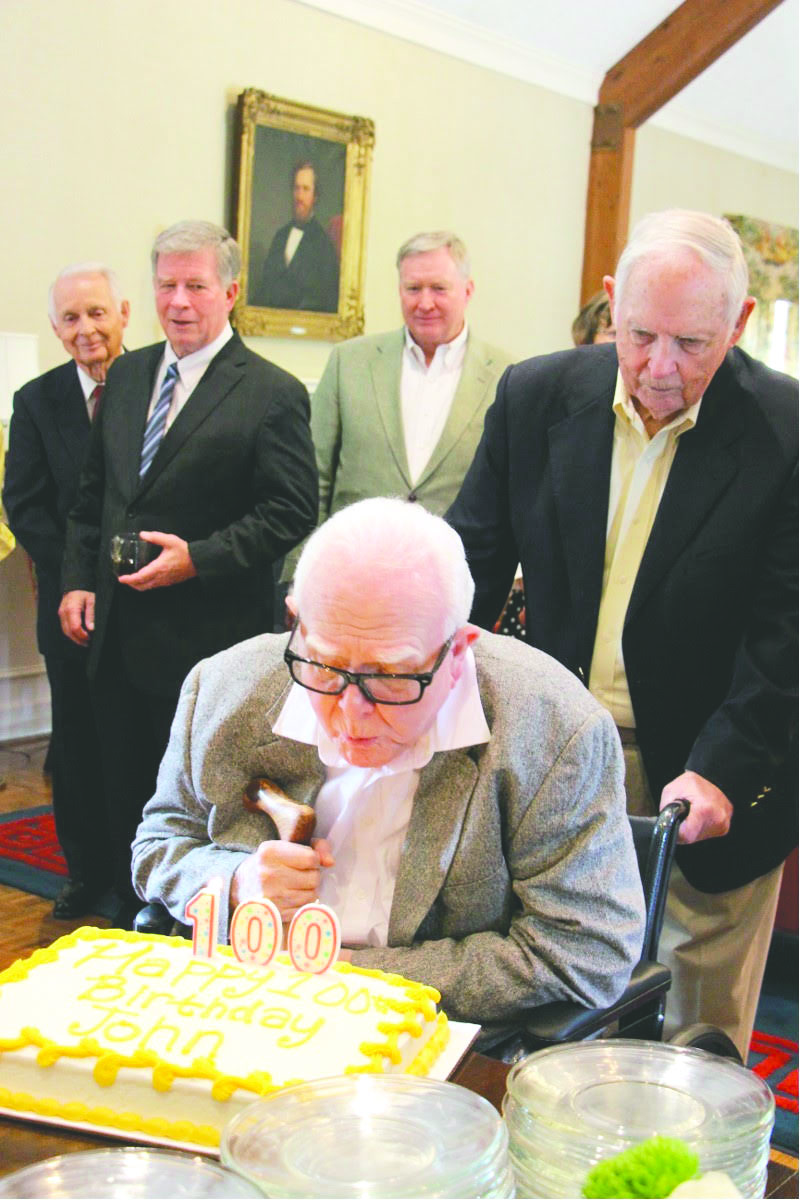 St. John’s Episcopal Church hosted a birthday celebration for John Willis who turned 100 years old June 2.  He was recognized during the church service and received a special birthday blessing as well as a certificate from Mayor Terry Gardner who presented a special declaration in honor of Willis.

Following the service, St. John’s congregation hosted a reception and lunch in honor of Willis.

Willis was born and raised in Doyline, Louisiana, graduated from LSU, and served in the Army Air Corp during World War II as a B-17 bomber pilot.  He later married Lillian Life Willis and settled in Minden as the owner and operator of Webb Hardware.

Willis served his country and the city of Minden like the hero that he is.  He is truly a member of our “Greatest Generation.”