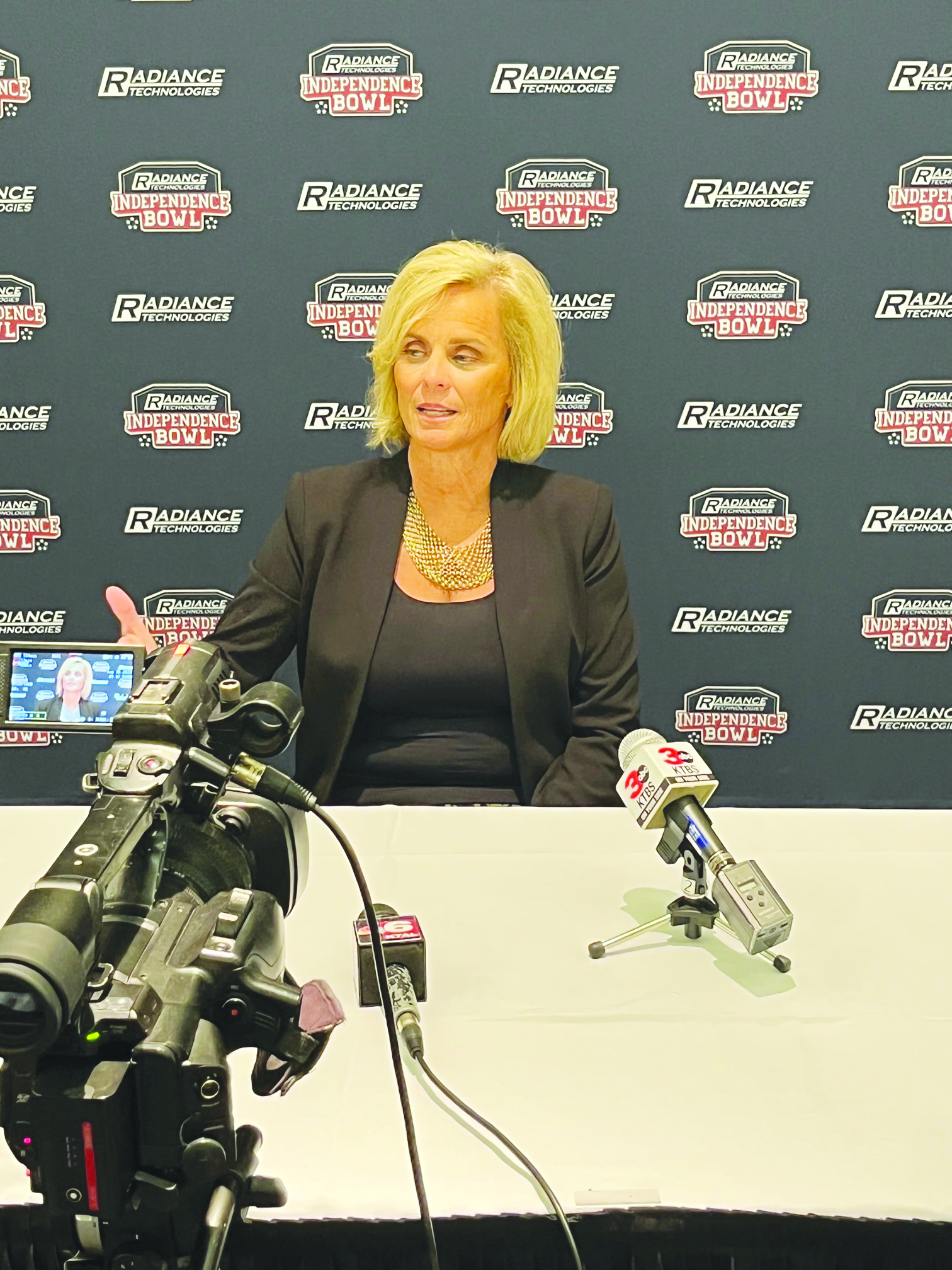 OK, there were probably a few in the audience at the Radiance Technologies Independence Bowl Kickoff Dinner recently at the Shreveport Convention Center that knew, a couple of her former players and some coaching colleagues perhaps, others that have heard her speak before.

The jokes were very slightly risqué. “I want to tell a joke. I don’t know. Is it OK? Are the preachers going to be all right?, Mulkey asked in mock concern before she told the first one.

Both  brought down the house.

Mulkey, the Women’s Head Basketball Coach at LSU, gave an entertaining speech that lasted about 25 minutes. Of course, humor was just a part of it.

In the first part, she spoke about why she decided to take the LSU job in April of 2021 after  turning Baylor from a low-level Big 12 program into a three-time national champion.

Simply put, it was about coming home.

Mulkey grew up 40 miles from LSU in Hammond. She then spent 19 years as a player and assistant coach to Leon Barmore at Louisiana Tech before heading to Waco,

For Mulkey, Louisiana is the place to be. She extolled the virtues of the state. “Where can you go in this country where there are parishes instead of counties? Scratch that one off. That’s a positive,” she said generating laughter.

Did you know that the state drink of Louisiana is milk? Mulkey does.

Mulkey acknowledged Louisiana has issues and problems like just about anywhere. She said she came home because she wanted to be a part of the solution.

“You can choose to be the negative that repeats it or we can choose to do something about it. And I feel like me coming back to the state of Louisiana hopefully sent a message loud and clear that I’m proud of where I’m from.”

She talked about how she is never surprised about winning and that as a leader you can never expect to fail or be afraid to fail.

For the latter, she used her move to Baylor as an example.

“I left my alma mater to take over a program at Baylor University that was in the bottom of the Big 12,” she said.

She wrapped her speech talking about the difference between average, good and great players.

Last week, Mulkey dropped a little truth on the Convention Center audience in her own unique way.