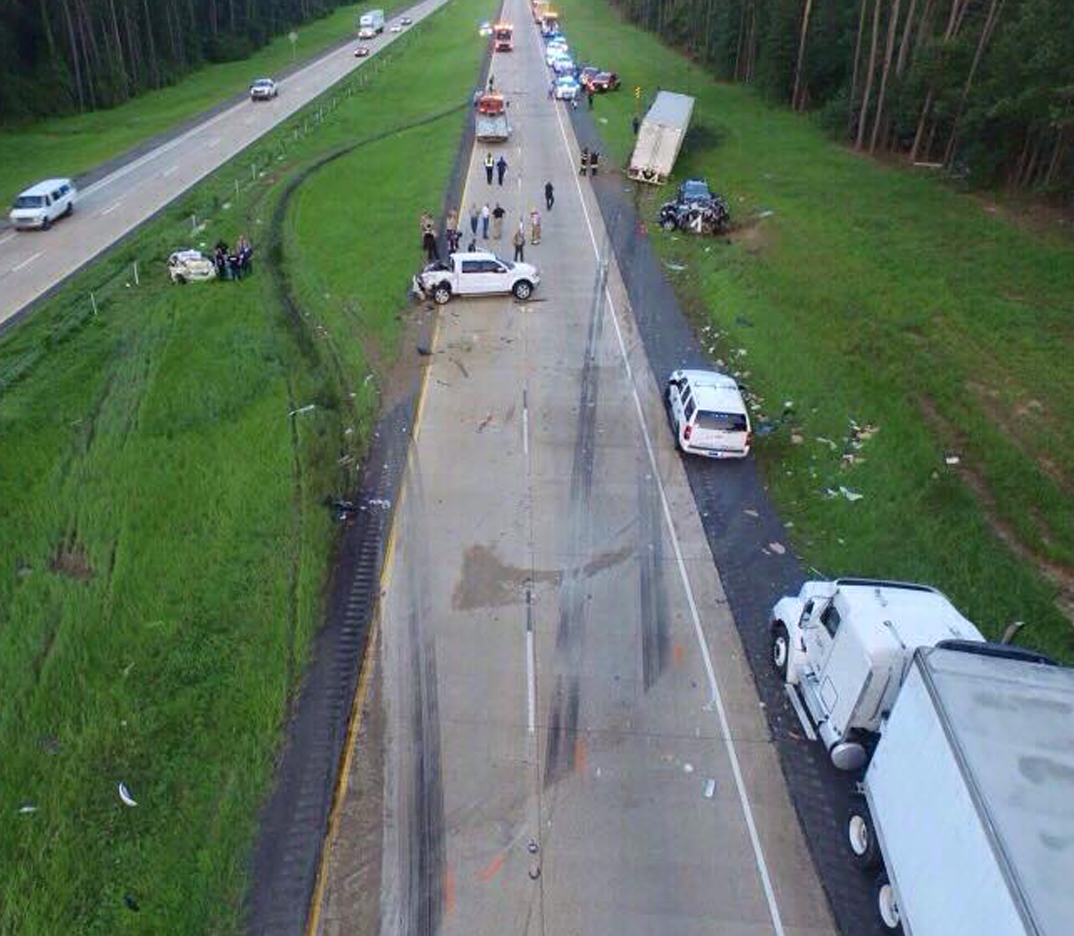 Louisiana State Troopers continue to investigate a multi-vehicle crash that killed one and left others injured along Interstate 20 Wednesday evening. The wreck happened just before 6 p.m. on the eastbound lanes just west of the Dixie Inn exit. According to troopers, a tractor-trailer driver’s inattentiveness to the highway is to blame for the crash. Killed was a 70-year-old woman from Sarepta. Her name is being withheld pending notification of her family. Injured and flown to a hospital for treatment were a 65-year-old man and a 62-year-old woman, both of Ruston. The highway was shut down at mile marker 42 for about five hours as crews worked to clean up the wreckage.