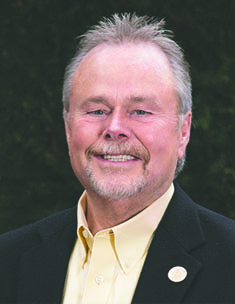 The Minden City Council met Monday night before a nearly-packed house at Minden City Hall. It was the first official meeting for Mayor Terry Gardner and four-out-of-five members of the council.

“I have come to city council meetings through three administrations,” Gardner said. “It’s just a little bit different [on this side].”

One of the first orders of business for this new council was to move future city Council meeting times from its historical 7 p.m. to 5:30 p.m. on the first Monday of each month. The ordinance passed 4-1 with no discussion.

During public comments at the end of the meeting, many came forward to congratulate the mayor and council and offer their support for the future of Minden.

Carl Thompson, representing tax assessor Morris Guin’s office offered congratulations. “Thank you for placing yourselves before the voters,” Thompson said. “We are fortunate to have you for our City Council, Mayor and Chief of Police.”

n The council approve the reappointment of Michael Fluhr as City Clerk, and Charles Minnifield as City Attorney.

n Declared certain city vehicles as surplus and put them up for sale.

The next official city Council meeting will be February 4 at 5:30 PM. The public is invited to attend.