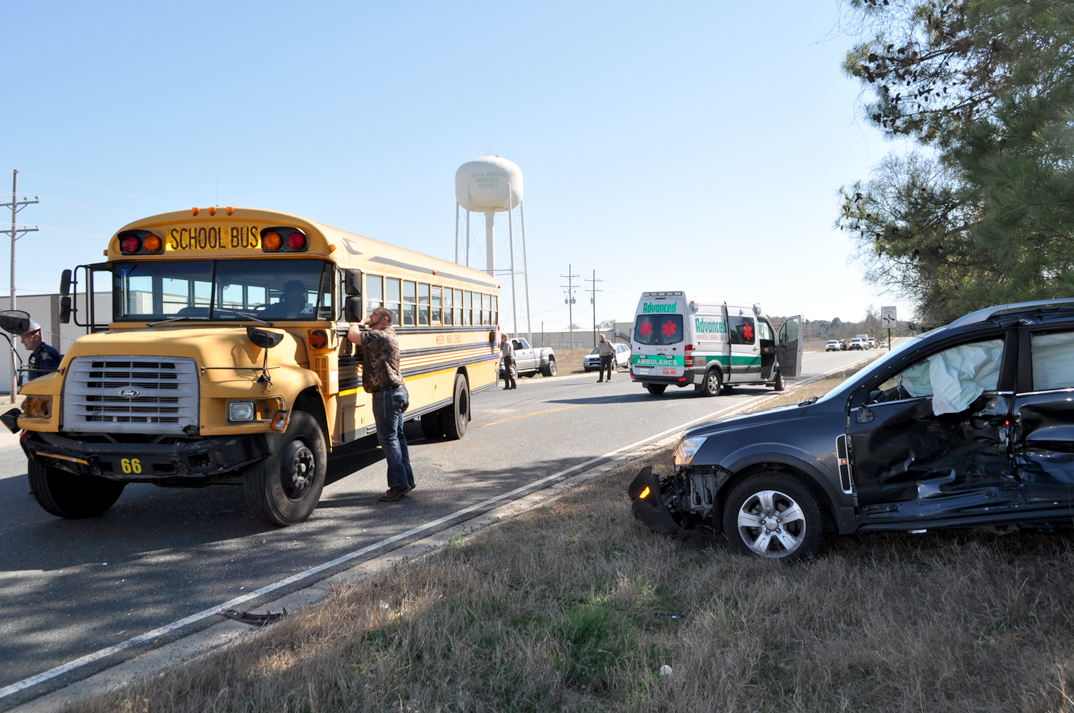 No serious injuries were reported when a Webster Parish school bus with no students aboard and enroute to a fuel stop collided with an SUV just after 2 p.m. Thursday on U.S. Hwy. 371 between Minden and Sibley.

Investigators at the scene say it appeared the SUV ran a stop sign at the intersection of Marcus Wren Road and U.S. 371 and was struck broadside on the driver’s side by the northbound bus. Names of the drivers of both vehicles are being withheld while the investigation into the cause of the wreck continues.