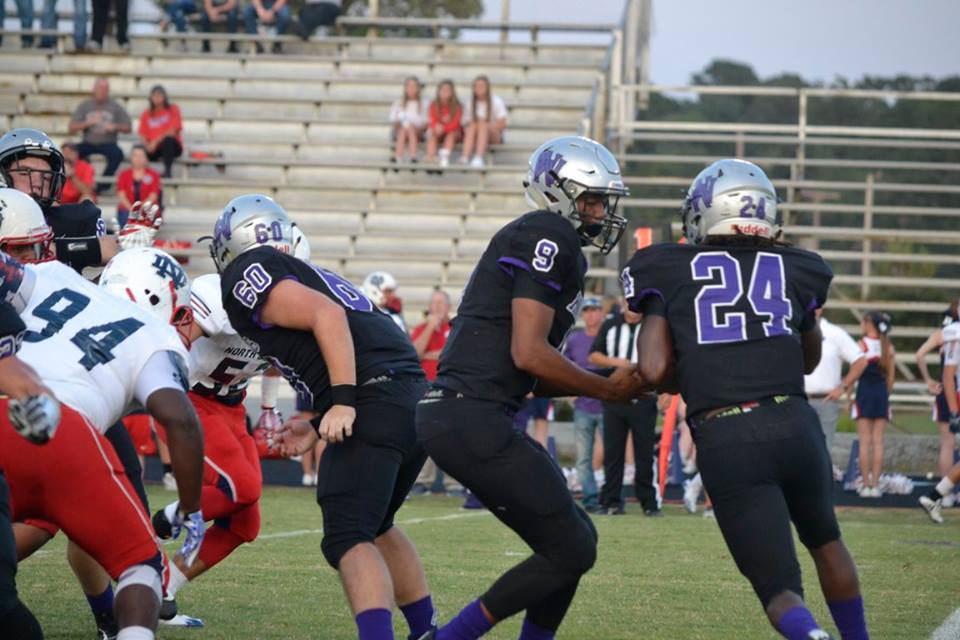 SPRINGHILL – For North Webster, it was not the ideal start to the home schedule, but that’s what happens sometimes when you play a tough schedule.

The Knights didn’t have the offensive firepower to keep up with the visiting North DeSoto Griffins and their high-powered offense.

The Class 1-4A Griffins came to Baucum-Farrar Stadium and left with a 35-7 victory over the John Ware’s Knights, who are now 0-2 against two stout opponents to start the year.

For North DeSoto, it was the Jaden Procell to Maguire Parker combination that proved most effective in breaking down what is typically a stingy defense.

Procell hit Parker three times for 113 yards and two touchdowns, both of which came in the first half for North DeSoto.

Parker, who has been working his way back from an ankle issue, is one of the best players in the area, but TJ Hawthorne was able to show the home fans why he is too, as he topped 100 yards and scored the Knights’ lone touchdown.

North Webster had a punt blocked that went for a special teams touchdown the other way, and also fell victim to an onside kick, as nothing seemed to roll the Knights’ way Friday.

There’s no time to sulk at 0-2, as the Knights will be at home once again this Friday as they host Minden in the Webster Parish Super Bowl.

Minden has won the last two matchups, including the 27-20 classic in 2015 where Minden stopped Devin White on a goal line stand.