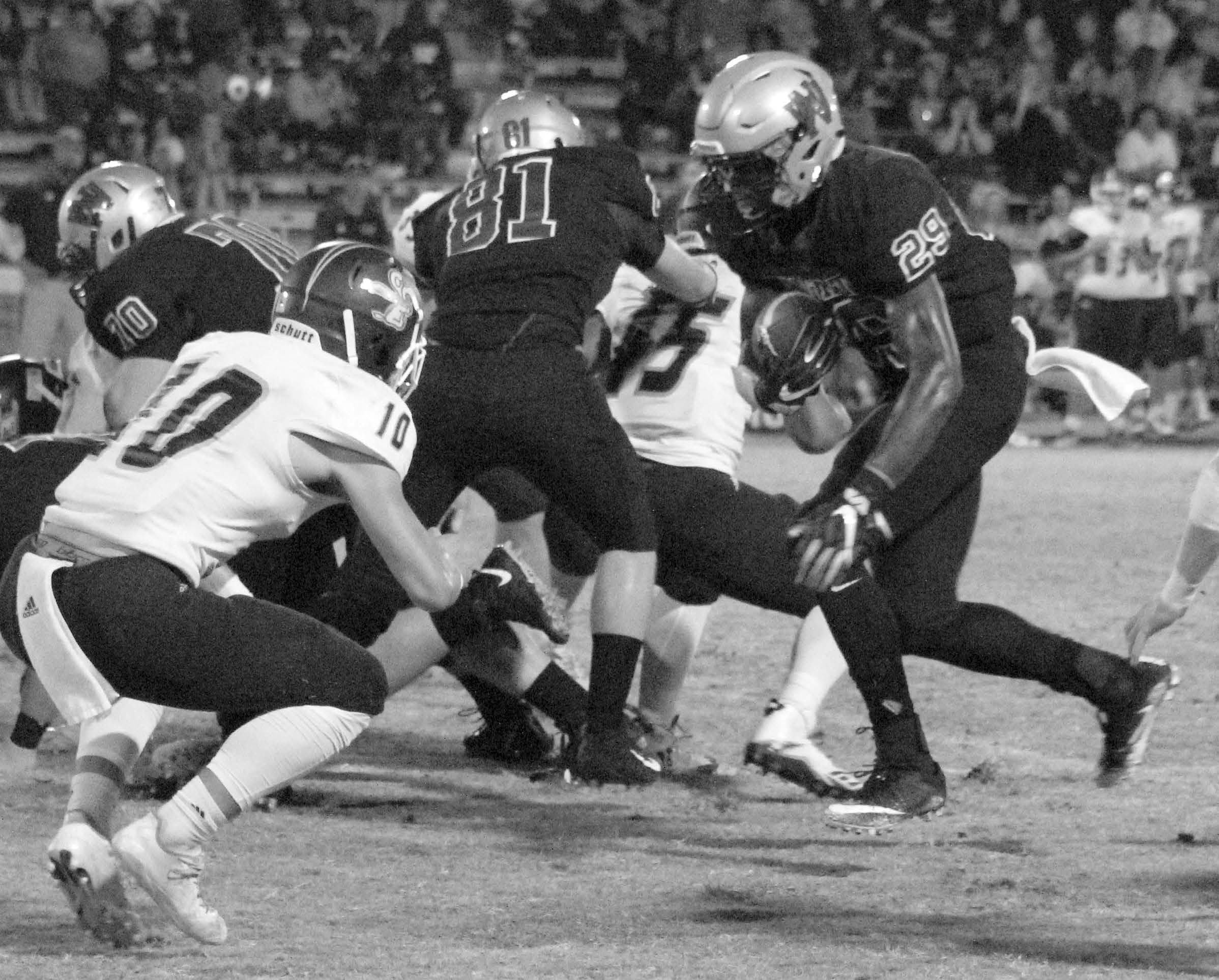 In an exciting back-and-forth affair full of momentum swings, the Knights and Flyers found themselves tied 14-14 with less than 7 minutes to play. North Webster had just extended a potential scoring drive thanks to a fourth-down pass interference penalty against Loyola when Kyler Harbour took a handoff bound for the end zone.

Except Harbour lost his footing near the 5 yard line, slipped and had the ball poked loose by a Flyer defender. Loyola recovered at their own 1-yard line. The Knights still had a chance to get the ball back in good field position with a defensive stop, but on third-and-6 from the Loyola 5- yard line, the Flyers found a crease in the Knights’ defense, rumbling out to the 30-yard line to dig themselves out of trouble. Loyola would complete the 99- yard drive adding the go-ahead touchdown with 2:45 remaining in the game on a well-executed slant where Loyola’s John Williams evaded two tacklers and outraced the North Webster secondary to the end zone.

Trailing 21-14, the Knights had one last shot at the either tying or taking the lead. The drive started with a first-down run by Lorenzo Johnson but an unsuccessful running play trickled the clock under one minute to play.

North Webster QB Tyrell Markray, who played perhaps his best game throwing, completed a long ball to TJ Hawthorne to take the Knights down to 10-yard line and bring the home crowd to their feet; however, a holding call on the next play pushed the Knights back to the 20-yard line.

Markray’s fourth-down throw to the end zone was intercepted with less than 20 seconds to play, but the Knights were awarded a second chance thanks to another pass interference call against the Flyers.

With 11 seconds on the clock and still facing fourth down from the 5-yard line, North Webster called a play-action pass, but instant penetration thwarted any chance of victory as Markray was swarmed in the backfield for the game-ending sack.

Harbour finished with 68 yards rushing, 14 yards receiving and both of North Webster’s touchdowns, Lorenzo Johnson rushed for 127 yards and TJ Hawthorne caught 3 passes for 65 yards. Markray finished the game 7-of-17 passing with 126 yards and a score.

North Webster landed at No. 27 in the Class 3A playoff bracket and will travel to No. 6 West Feliciana for a first-round game in St. Francisville Friday at 7 p.m.