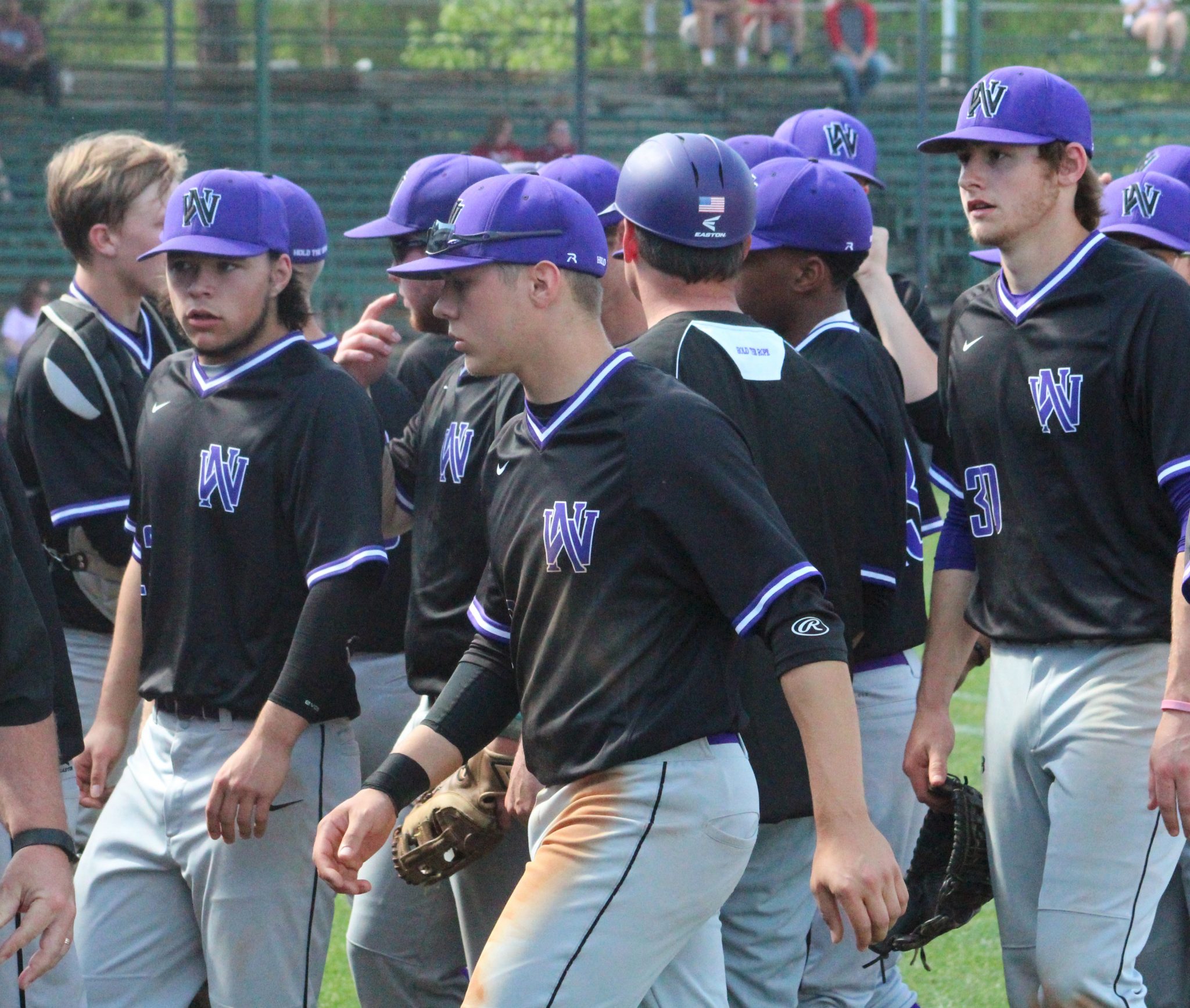 SPRINGHILL – A team was finally able to cool off the North Webster Knights.

North Webster jumped out to an early 2-0 lead Tuesday night at home, but their bats went cold right as Calvary Baptist’s began to heat up, resulting in a 8-2 loss that snaps the Knights’ eight-game win streak.

Coach Brian Fowler’s team has consistently found ways to win this season resulting in a 14-3 start and a No. 2 ranking in the Class 3A power ratings.
Yet, Tuesday it was Calvary that applied the pressure, making the most of their opportunities at the plate against the Knights’ Riley Orr.

Orr (4-2), who was going for what would have been his parish-leading fifth win, pitched 6.1 innings and struck out four batters while surrendering 11 hits and five earned runs.

The Knights will look to regroup and get back on track against Class 5A Haughton at Haughton High School, Thursday at 1 p.m.

TALLULAH – The Glenbrook Apaches (10-7) took an early lead and never looked back Tuesday, keeping district foe Tallulah Academy at a distance in a 7-2 win that moves the Apaches’ district record to 6-1 on the season.

The Apaches will take the field again Friday night at Apache Field for a doubleheader against the Trojans at 4 and 6 p.m.

SIBLEY – The Lady Warriors broke a tight contest wide-open with a six-run sixth inning to defeat the North Caddo Lady Rebels Tuesday at Lakeside.
Tied at 1-1- heading to the bottom of the sixth, Lakeside’s bats suddenly caught fire, allowing for an important win in district 1-2A.
Cecily Gurgainers started the rally with a single, followed by back-to-back one-out singles by Francis Robinson and Laney Taylor. By the time Paige Garland cleared the bases with a three-RBI double, the game was well in-hand.

The Lady Warriors will rest Wednesday before picking back up Thursday night with a road trip to Mansfield for a matchup with the Lady Wolverines.

Sadie Wesson led North Webster, going 3-3 with a home run and four RBIs. Audrey Plants also went 3-3, adding two doubles and three RBIs, as did Aubryn Rasberry (3-3, 3B, 2B, 2 RBIs). Madeline Farley finished 2-3 with three RBIs for the Lady Knights to round out the offensive production.