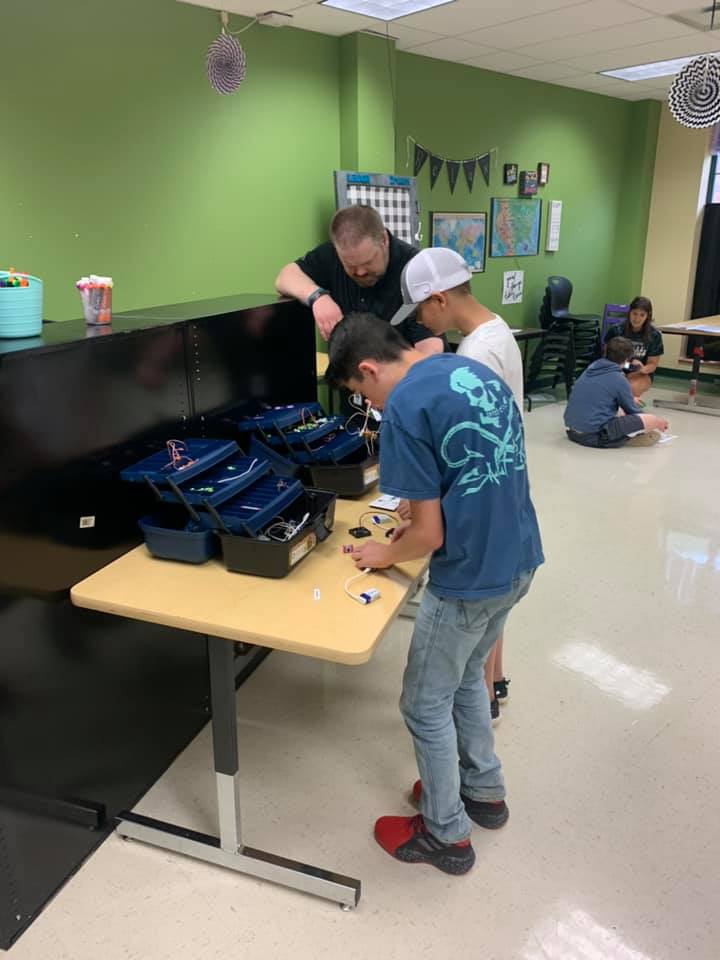 A majority of the July Webster Parish School Board Meeting was spent discussing the district’s Summer Program and Fantastic Fridays. The program served roughly 300 students district-wide, and hearing the testimonies of students, educators, and principals, the program seemed to be a resounding success, allowing teachers the opportunity to more directly cater to each student’s needs, and as a result, raising their confidence as they go on into the next school year.

“Back in April, we came to you with a task that we had been handed by our Superintendent to come up with a  program that would be one of academic intervention, and Fantastic Fridays were born. And I want to tell you and share with you happily that we delivered,” said Oreata Banks.

Jakendrick Davis, a student at Brown Upper Elementary in Springhill, attended the Board Meeting through Zoom and provided the board members with his thoughts on Fantastic Fridays.

“I want to say thank you for giving me this opportunity to speak on behalf of the fellow students in the Fantastic Friday program. I believe the enrichment program was a great idea and a success. It allowed the students to experience avenues and give us a chance to work in fields we don’t usually get to. It gave us a chance to continue our education and brightened our horizons. I hope it will continue to grow, and it showed a lot to our school curriculum,” said Davis.

Ashanti Cooper who worked the Fantastic Friday and academic program as an educator also gave a brief overview of her experience working the program.

“I did have the opportunity to work both the summer program and Fantastic Fridays. I would like to say it was a wonderful experience on both ends. For the summer program I liked the small class sizes, and we were actually able to get in there and teach one on one with those boys and girls. Those boys and girls who needed that extra support that they kind of missed due to being home in quarantine or all those different things we dealt with during the school year. They were actually able to get a kind of a boost. I felt like at the end of the program, they were a little bit more confident going into the next grade,” said Cooper.

“As far as Fantastic Friday is concerned, I had an excellent time. I was able to stretch my craft because we were able to actually teach not only our grade level, elementary, but I was actually able to teach middle schoolers. So that was a wonderful experience. I was able to talk to them and we learned a lot of great things and life skills.”

“I want to give special thanks to our community partners. Carter Federal, b1, and Miles for Smiles, because they did come out and work with the boys and girls, and we just had a Fantastic time on those three Fridays,” said Cooper.

Countless educators who took part in the program attended the School Board Meeting in person, having nothing but great things to say about the program, and expressing hopes that it could be expanded in the future given the positive results they witnessed firsthand.

“I taught first grade down at Lakeside. The small class sizes were wonderful. From the minute they walked in, they worked until they went home. I had a grandmother call me at the end and ask me what have you done with my child,” said Sara Chreene.

“Thank you for allowing us this opportunity. These kids needed this, and I told them if this is something that gives us insight into what the intercessions are going to look like next year, I’m excited, because we saw that success this summer,” said Chreene.

Wendy Cruise, who teaches ELA at Brown Upper Elementary stated, “One thing we saw through these programs and these weeks were the social skills and the conversation skills. And as an ELA teacher, I will tell you once those children get those conversation skills, then they begin to write. And if you can get them to talk and discuss, that writing will come along next.”

Bewanichin Sheppard, Principal of Webster Junior High started off by thanking the School Board employees who worked to not only make these programs possible, but also a success.

“I would like to start by commending Mrs. Rowland, Mrs. Jacobs, Mrs. Banks, and Mrs. Palmer, because they took on a task that we as principals do each year for our individual schools. But those ladies came together and they practically made a master schedule for all the students throughout the parish. I cannot imagine doing that for the whole parish. It was very well organized. As principals, we pretty much just had to come in and take their paperwork and follow what they had on paper for us to do.”

Having witnessed the results of the program, Sheppard ended her comments by asking for the program to be extended, and noted that if this had any bearing on how intersession periods would play out with the new school calendar, she was looking forward to them.

“I hope that not only we have it again next year, but if there is any way that we could extend it into July, because our children really and truly enjoyed it, and I think the parents did as well. It was really great having the program, and I look forward to the great things that are already being planned for the intercessions in the fall, and for next summer, because those conversations are already being had.”

After hearing all of the comments from the educators who took part in the program, Superintendent Johnny Rowland echoed the comment on how this boards well for the upcoming intersession periods, and commended Fantastic Fridays for the success it had during its first year.

“Thinking about our intersession periods next year and our new calendar. The potential and what could happen during those times just listening to this, wow. That’s the whole purpose,” said Superintendent Rowland.

“I tell you for a first-year endeavor, I don’t see how it could have gone any better. I’ve just been blown away.”