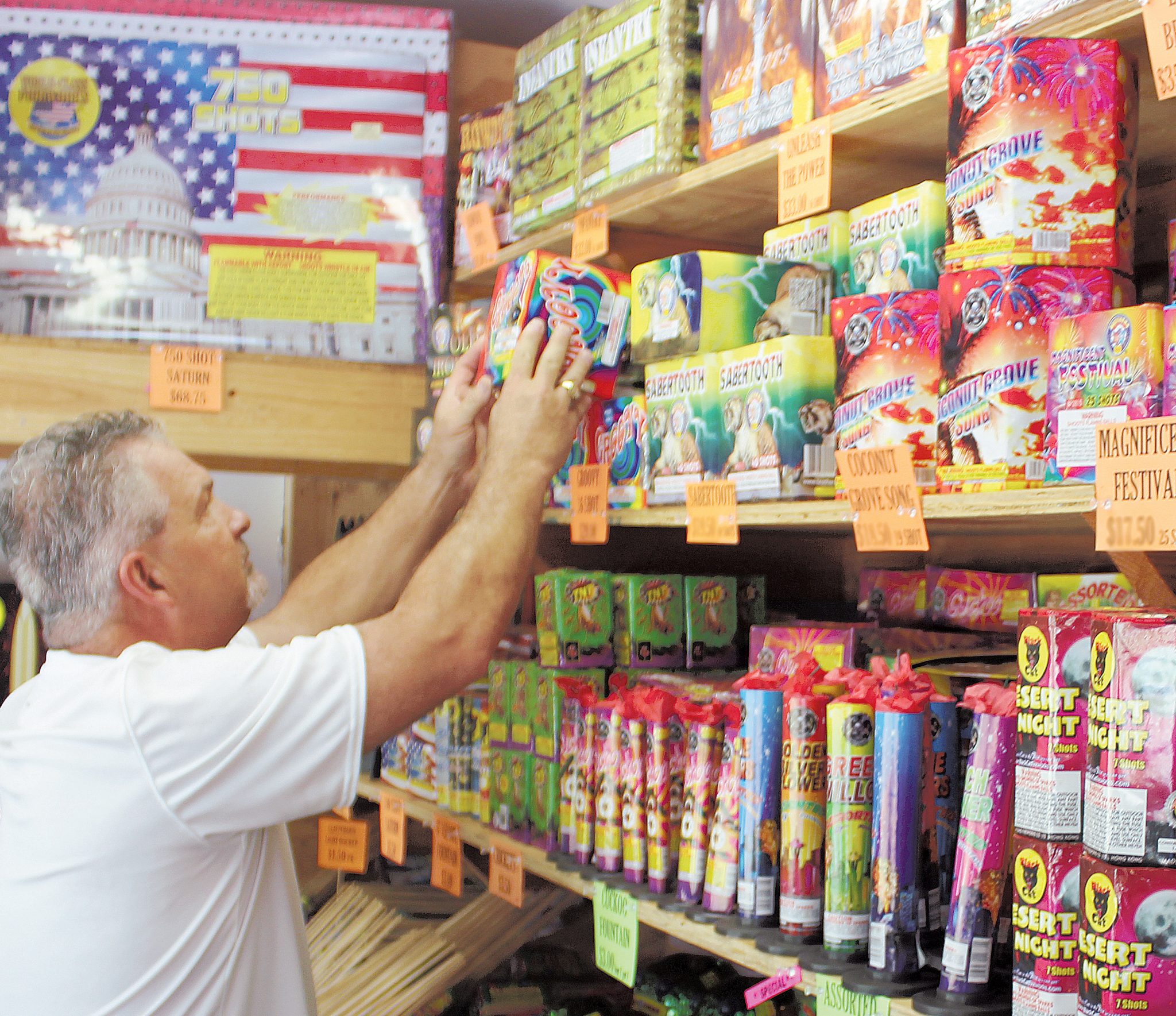 As the nation celebrates its independence Tuesday, officials are reminding everyone to use caution when shooting fireworks.

Minden Fire Chief Kip Mourad says it is important that people remember safety is key to having a fun Fourth of July. He offered a few tips and reminders.

“Don’t let the kids light them while they are in their hands,” he said. “And no one should throw a firework. Also, make sure to fire ones like bottle rockets away from people or houses.”

Minden Police Chief Steve Cropper is asking people to be mindful of their neighbors. For those whose neighbors are military veterans, he says as a courtesy, inform them when they are going to shoot fireworks.

“When they are expecting it and suffer from PTSD, they can deal with it,” he said, “but if they start hearing them without expecting it, sometimes it triggers things. If you have anyone living next door to you that are in the military, contact them and let them know you are going to discharge fireworks.”

Cropper adds it is illegal to shoot firearms inside the city limits.

“Firearms are not fireworks,” he said. What goes up must come down. The main thing is be safe, be smart.”

>> Never allow young children to play with or ignite fireworks.

>> Avoid buying fireworks that are packaged in brown paper because this is often a sign that the fireworks were made for professional displays and they could pose a danger to consumers.

>> Parents don’t realize that young children suffer injuries from sparklers. Sparklers burn at temperatures of about 2,000 degrees – hot enough to melt some metals.

>> Never place any part of your body directly over a fireworks device when lighting the fuse. Back up to a safe distance immediately after lighting fireworks.

>> Never try to re-light or pick up fireworks that have not ignited fully.

>> Never point or throw fireworks at another person.

>> Keep a bucket of water or a garden hose handy in case of fire or other mishap.

>> Light fireworks one at a time, then move back quickly.

>> Never carry fireworks in a pocket or shoot them off in metal or glass containers.