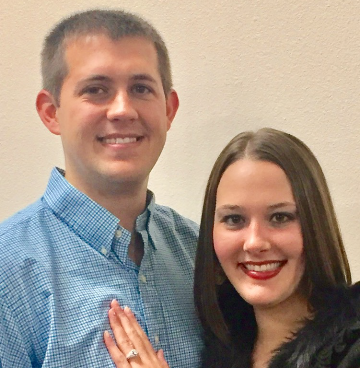 Whitney is the granddaughter of Mr. and Mrs. Larry Dean, Sr. of Homer, and the late Mr. and Mrs. Bert Caskey of Arcadia, Louisiana. She graduated from Summerfield High School and from Bossier Parish Community College with an associate’s degree in Business Administration and certification in General Studies. She currently works at Minden Home Care in Minden, Louisiana, as a biller and receptionist.

A wedding is planned for April 29, 2017, at First Baptist Church in Homer, Louisiana, at 6:30 p.m. A reception at Homer City Hall will follow the wedding.

Whitney and Tony will reside in Springhill.