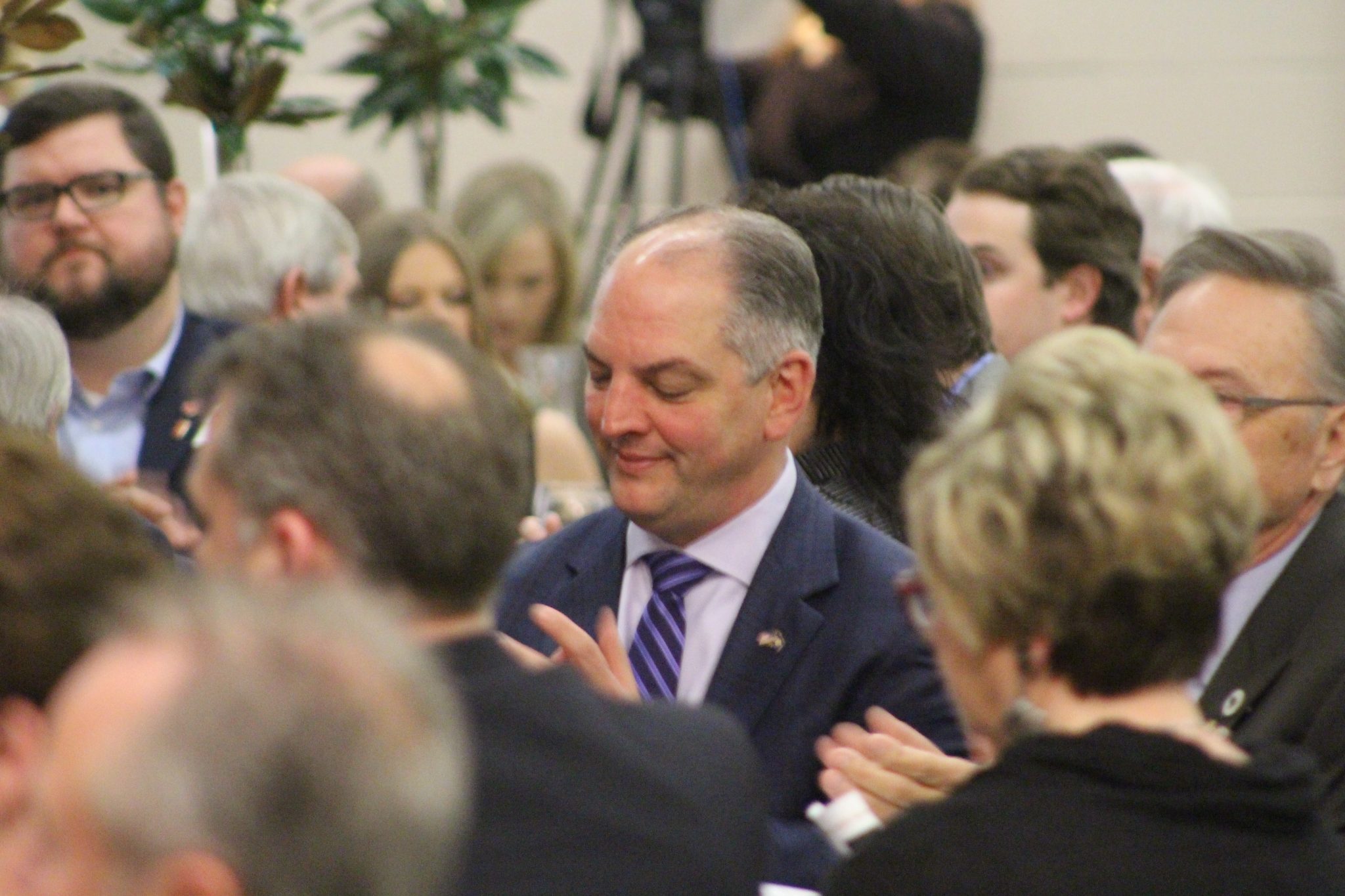 A record crowd of more than 500 was treated Thursday night to good food, good fun and a sense of good community spirit.

The setting was the Minden Civic Center and the scene was the 75th annual Minden-South Webster Chamber of Commerce membership banquet.

Accompanied by an address from keynote speaker Gov. John Bel Edwards and the keen insights of master of ceremonies Ken Warren, outgoing Chamber Chair Jeff Lee, incoming Chamber Chair Jennifer Spurlock and new Chamber President Stephanie Barnette, attendees enjoyed a fine dinner provided by Jimmy Hall’s Grace Estate and dessert by Jodie Martin’s Geaux Fresh in the elegantly decorated event hall. And then there was the much-anticipated announcement of the Minden Man and Woman of the Year awards.

George E. French III was presented a keepsake in appreciation for stepping up in July and acting as interim Chamber president. He was also awarded lifetime membership to the Chamber.

Banquet Chairman Terry Gardner was also presented with token of appreciation for his work and support for the Chamber of Commerce.

The sold out event was an undeniable success, Chamber President Stephanie Barnette said.