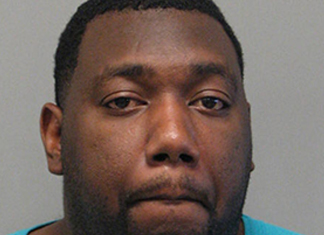 A Minden man accused of endangering a child during a domestic dispute remains behind bars.

Police Chief Steve Cropper says the incident began when Winston left his wife on the side of the road in Dixie Inn after an argument.
The chief says after the wife got a ride home, she found her 16-year-old daughter from a previous marriage holding an infant and arguing with Winston.

“When she gets to her apartment, they are arguing and Winston pulls out a .38 pistol and points it at the 16 year old and threatens to kill her,” Cropper said. “Winston calls the mom of the daughter’s boyfriend during this altercation and she hears him threatening to kill the 16 year old and calls 911.”

As Winston’s wife was trying to intervene in the argument, Winston hit her in the mouth using his fist, causing physical injury, according to the police report.

A .38 caliber Rossi Arms handgun was recovered at the scene and Winston may have been intoxicated during the incident, Cropper said.
Officers Russel Engi and Dedrick Anderson responded to the call and placed Winston under arrest on the above charges and transported him to Bayou Dorcheat Correctional Center.