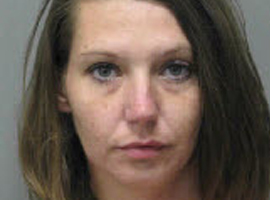 Facebook
Twitter
Linkedin
Email
Print
A Ringgold woman found herself in handcuffs after reportedly stealing some baby clothes from Walmart.

“We were notified by the department store that she’d attempted to steal about $45 worth of clothing,” he said. “We placed her under arrest and during a search of her personal items, they located some oxycontin pills on her person.”

The arrest was made by Officer First Class Ben Allen and Officer Mitch Hackett.

Morgan was booked at the Minden Police Department and transported to Bayou Dorcheat Correctional Center.