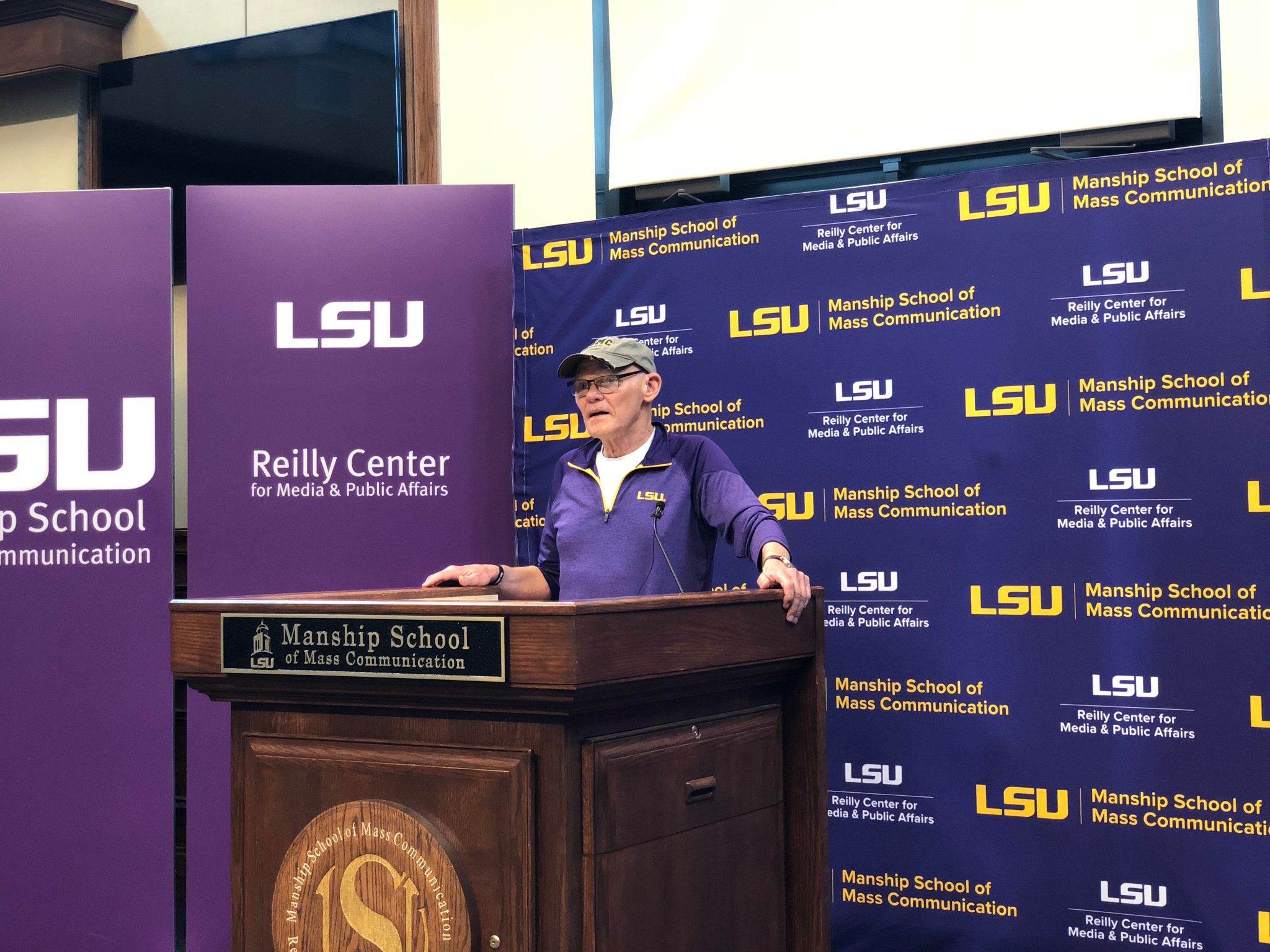 BATON ROUGE — A new national survey finds that Democrats hold a 12-point lead over Republicans in 72 battleground districts that will decide control of the U.S. House in the midterm elections.

The survey, conducted by The Cook Political Report and LSU’s Manship School of Mass Communication in collaboration with political consultant James Carville, indicates that Democrats lead Republicans 48-36 among registered voters in those districts.

The survey also found that 42 percent of voters in the most competitive districts oppose President Trump or his policies, while 23 percent are voting to support the president.

Michael Henderson, the director of the Manship School’s Public Policy Lab, cautioned, however, that Democratic victories in many of the races are “not like a slam dunk.”

Which side turns out more of its supporters will be crucial. Other surveys show that the parties are running “neck to neck” in terms of the likelihood that their supporters will actually vote on Nov. 6, he said.

“The one thing we know about this election to almost a certainty is that the turnout is going to be a record high,” Carville said. “When that happens, some weird things can happen on election day.”

Carville, a long-time Democratic consultant who teaches at the Manship School, explained that such a high turnout, possibly the highest since 1970, “will produce probably some distortion among different demographics.”

“There’s a lot of politics to go between now and a week from Tuesday,” he said. “You can just take the caravan story, the pipe-bomb story – we’ve still got more than a week to go,” Carville said.

The voter preferences expressed in the new poll run counter to recent news stories suggesting that the Democrats’ chances of retaking the House were slipping.

Since the confirmation hearings for Supreme Court Justice Brett Kavanaugh, some political analysts have suggested that a surge of GOP voters might offset the “blue wave” of Democratic fervor that seemed to be building.

The LSU poll’s results are in line with forecasts by Nate Silver, a statistician who has been one of the most accurate election forecasters in recent years. Silver, who aggregates the results of many polls on his fivethirtyeight.com website, has not wavered in his assessment that the Democrats have over an 80 percent chance of winning control of the House.

Silver also forecasts that the Republicans have more than an 80 percent chance of retaining control of the Senate. The LSU poll did not ask voters about the Senate races.

“This poll confirms a lot of what we were already seeing about sort of a tale of two elections,” said Charles E. Cook Jr., who publishes The Cook Political Report in Washington, D.C. “The one in the House is really, really focused in on suburban districts, and in that America things look a lot tougher for the president and tougher for Republicans than in the broader electorate and certainly than in the red states that are having Senate races.”

Surveys suggesting that President Trump’s approval rating has risen into the high 40s, the highest since he took office, have also led some analysts to suggest a resurgence in Republican energy.

But according to David Wasserman, House editor and political analyst for the Cook Political Report, Democrats are doing particularly well in upscale suburbs. Of the 46 seats held in toss-up districts, 63 percent have an upscale Whole Foods Market grocery. Very few of these districts are rural, and the majority are “driven by college-educated women,” he said.

“If I had to put a name on 2018, I would call it the ‘Year of the Fired-Up Female College Graduate,’” Wasserman said. “That’s really who’s powering this ‘blue wave’ that we’re seeing.”

Henderson said that Trump “ is not helping Republican prospects in the battlegrounds. He may be in other races elsewhere, but in these competitive districts he does not seem to be.”

The LSU poll included about 440 registered voters in the battleground districts among a total of 1,486 people polled overall.

None of the 72 battleground districts is in Louisiana. The districts, which are mostly suburban, are scattered across the country.

Fifty-six percent of registered voters in the competitive districts want to see a Democratic majority in the House to keep the president “in check.” Phrasing about a strong economy through a Republican majority aligned with only 42 percent of the voters.

Anti-incumbent sentiment also runs high in the competitive districts. Fifty-eight percent of registered voters in these districts feel their own members of Congress deserve to be voted out of office.

The poll shows that 49 percent of registered voters feel frustrated about the Trump administration — the same percentage of Americans who felt dissatisfied about Barack Obama’s presidency during the 2010 midterms.

Looking ahead to 2020, the poll reveals that 62 percent of Americans say Trump deserves to be voted out of office. Forty-one percent of Republicans would like to see a serious primary challenge in the 2020 presidential election, the poll found.

Confidence in fair elections, on the other hand, tends to vary by party. While most Americans somewhat trust that their votes will be counted accurately, a partisan split emerges when it comes to tampering in the election process. Democrats tend to see foreign interference as more of a threat to election security, while Republicans view domestic voter fraud as a superior concern.