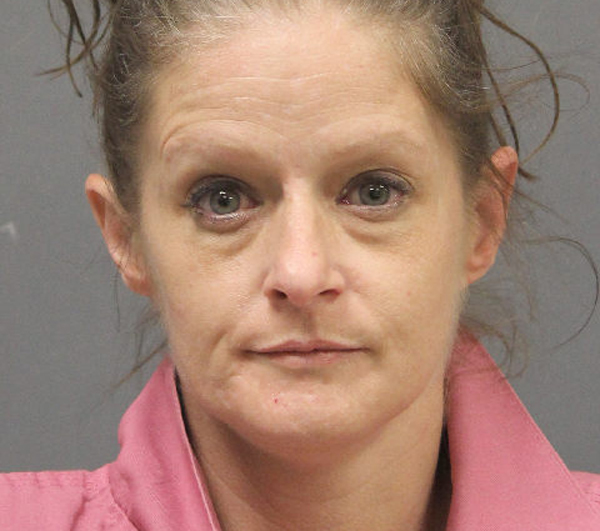 A Monday afternoon raid led to the arrest of a Minden woman on multiple drug charges.

Kelly Ely, 40, of the 100 block of Grider Road, was arrested on charges of possession of meth with intent to distribute, possession of a legend drug and possession of drug paraphernalia. A probation and parole hold was also placed on her.

Around 2 p.m., Webster Parish Sheriff deputies and probation and parole officers went to Ely’s home with a search warrant.

On the bedroom floor, deputies found a small container in a purse, which contained prescription pills, according to the arrest affidavit. Ely reportedly said the purse belonged to her.

On the bed, deputies found a perfume box with an eyeglasses case inside. Four bags of crystal meth were inside the glasses case, along with two glass pipes used to smoke meth, needles and other drug paraphernalia, the report said.

A glass pipe used to smoke marijuana was reportedly found on the nightstand. Deputies also found digital scales inside a small cloth bag on the bed along with several small bags, which contained residue, the report said.

Ely was placed under arrest and brought back to the bedroom. She then reportedly told deputies the perfume box was hers, and without being asked, said the glasses case and cloth bag were not hers.

Deputies then asked Ely what was in the case and bag and she told them she did not know, but it wasn’t hers.

Ely was taken to Bayou Dorcheat Correctional Center and booked on the charges.

Ely, who has a criminal history with drug related charges, was on probation after pleading guilty to a simple burglary charge and creation or operation of a clandestine laboratory (meth lab) in February 2016.

At the time, District Judge Mike Nerren sentenced her to 10 years hard labor with all but one year suspended and four years of supervised probation for each charge to be served consecutively.