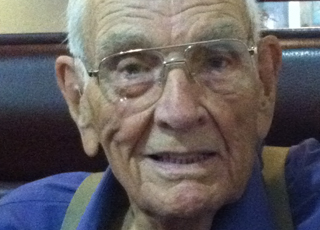 Ray was born Feb. 9, 1925 to Carl and Octavia Ward in Minden and entered into rest April 15, 2016 in Minden. He was a retired rural mail carrier with the United States Postal Service and a member of Pine Grove Methodist Church.

He was preceded in death by his parents and his brother Carl Herman Ward.

He is survived by his wife of 70 years, Mary C. Ward of Minden, sons, Ray M. Ward Jr. and wife Kathy of Minden and Kevin L. Ward and wife Sara of Colorado, brother A.B. Ward of Shreveport, six grandsons and one granddaughter.