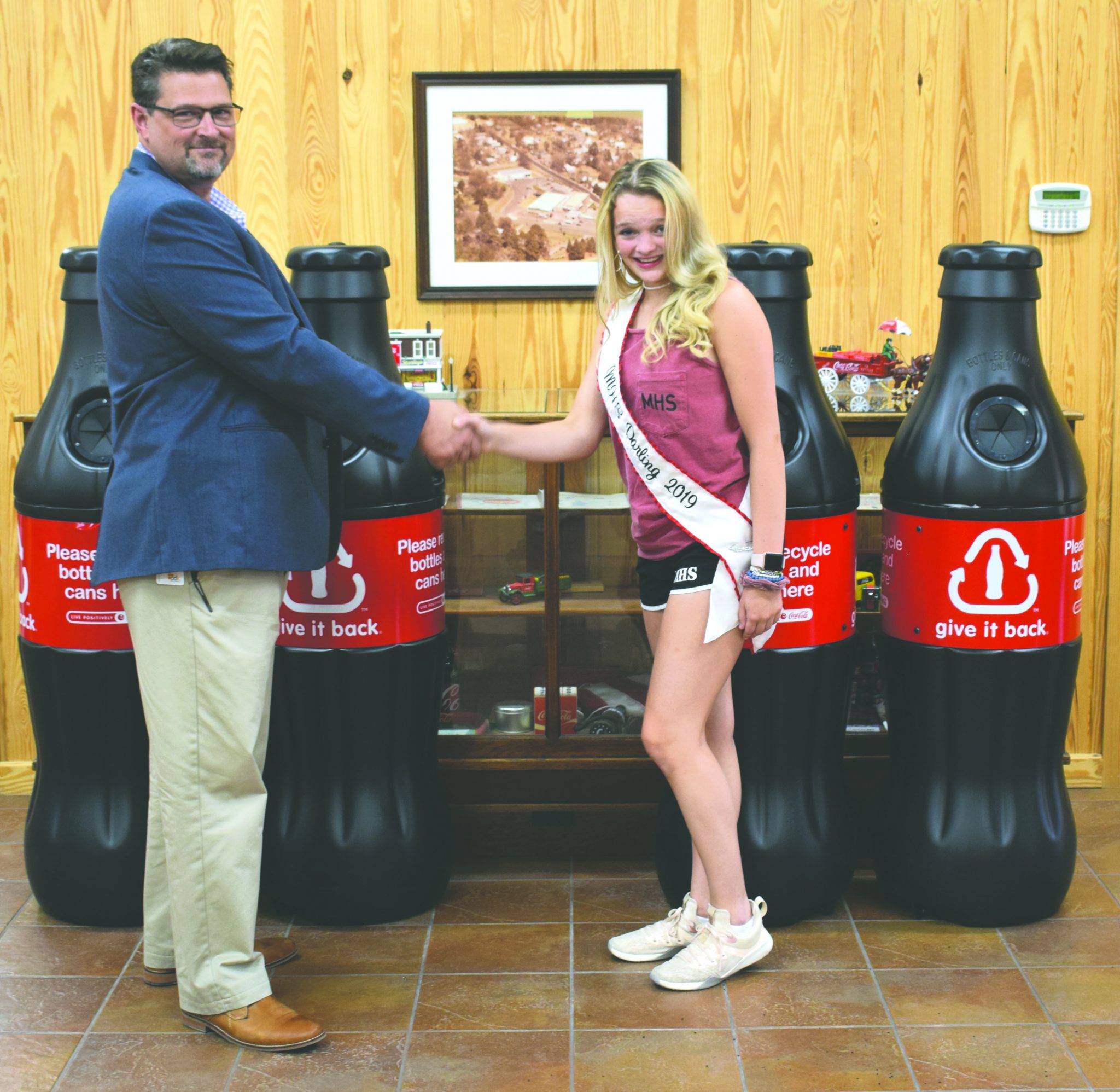 The Minden Coca-Cola Bottling plant in partnership with MHS Darling Adeline Phillips has acquired Coca-Cola bottle-shaped recycling bins that will be placed around Minden High’s campus in the following weeks.

“We’re just happy we could help Adeline with her project and support recycling in our community,” said Steven Lingenfelter, Vice President of Minden Coca-Cola.

This isn’t the first step that Phillips has taken to promote recycling on Minden High School’s campus. “I started the process after I won MHS Darling. After being an office worker, a problem I noticed about Minden High was that we wasted so much paper.”

Being resourceful and creating a solution to this problem she saw, Phillips took the leftover boxes that they received their paper in and “simply wrote ‘Paper only, please recycle, don’t waste a moment,’ and put those in every classroom. The Leadership Club gives the project greatly appreciated support, given that they are the ones that pick up and take the paper to the bins.

When asked where she got the idea to contact Coca-Cola and get them to help her recycle she said, “I contacted Coca-Cola because they’re a company that loves sponsoring people who want to recycle plastic. We’re a school that drinks a lot of water, and at the games, we use a lot of soda bottles, so they thought it would be a great idea to get together and recycle those.”

Soon after seeing the recycling bins for the first time, Phillips said, “It’s unique and really eye-catching and I think it will encourage people to recycle. It’s crazy to see a project I dreamt up a few months ago actually coming together through the help and support of others in my school and my community.”