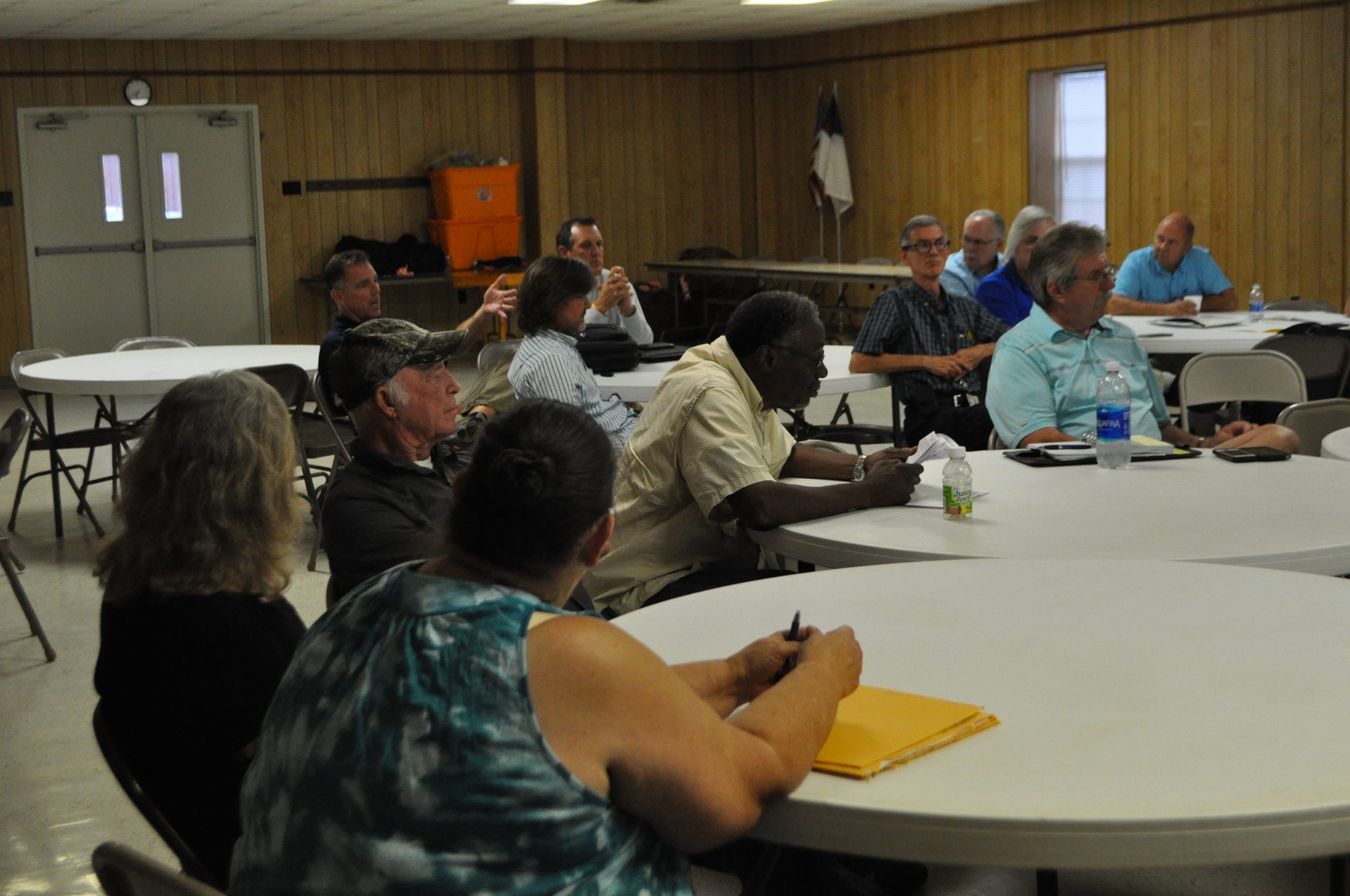 All 22 private and public wells around Camp Minden and surface water samples have been deemed safe, although the Army National Guard intends to do more sampling this year.

“These results are basically a snapshot in time,” LTC James Crowley, ARNG cleanup branch chief, said. “We’re working to obtain federal funding so we can increase the frequency of testing these points. We need to look at what the results mean. Some of them were surprising to be honest. We want to keep an eye on them not whether the characteristics change, but how they change over time.”

Some results showed detection of a combination of contaminants volatiles, semi-volatiles or perchlorates, but they were all well below the criteria set by the Environmental Protection Agency.

“They tend to use stringent, very conservative estimates,” Crowley said. “Fortunately, everything we found was
below the EPA risk levels.”

The primary interest was Area P, a lagoon used to dump chemicals from holding tanks. The U.S. Army paid to have it cleaned up and was capped with a clay cap to prevent more contamination, Crowley said.

“It does look like our effort is reducing the contaminants in the aquifer and the groundwater,” he said. “Our perimeter wells aren’t detecting any explosives anymore.”

The objective of the testing was to analyze drinking water wells on and around Camp Minden and surface water flowing off of Camp Minden.

Testing took months to get done due to a myriad of issues related to privacy, permission and other factors.

Letters were sent out to private residences in the affected area asking permission to sample their drinking water. Once permission was gained, samples were taken and sent off to a laboratory for analysis. Results from private residence samples were sent to those who participated. Individual results were not released to the public, but the overall results can be found on the Louisiana Department of Environmental Quality website or at the Webster Parish Library.

Camp Minden is a superfund site, and payment for the cleanup efforts have come from the Department of Defense, Crowley said.