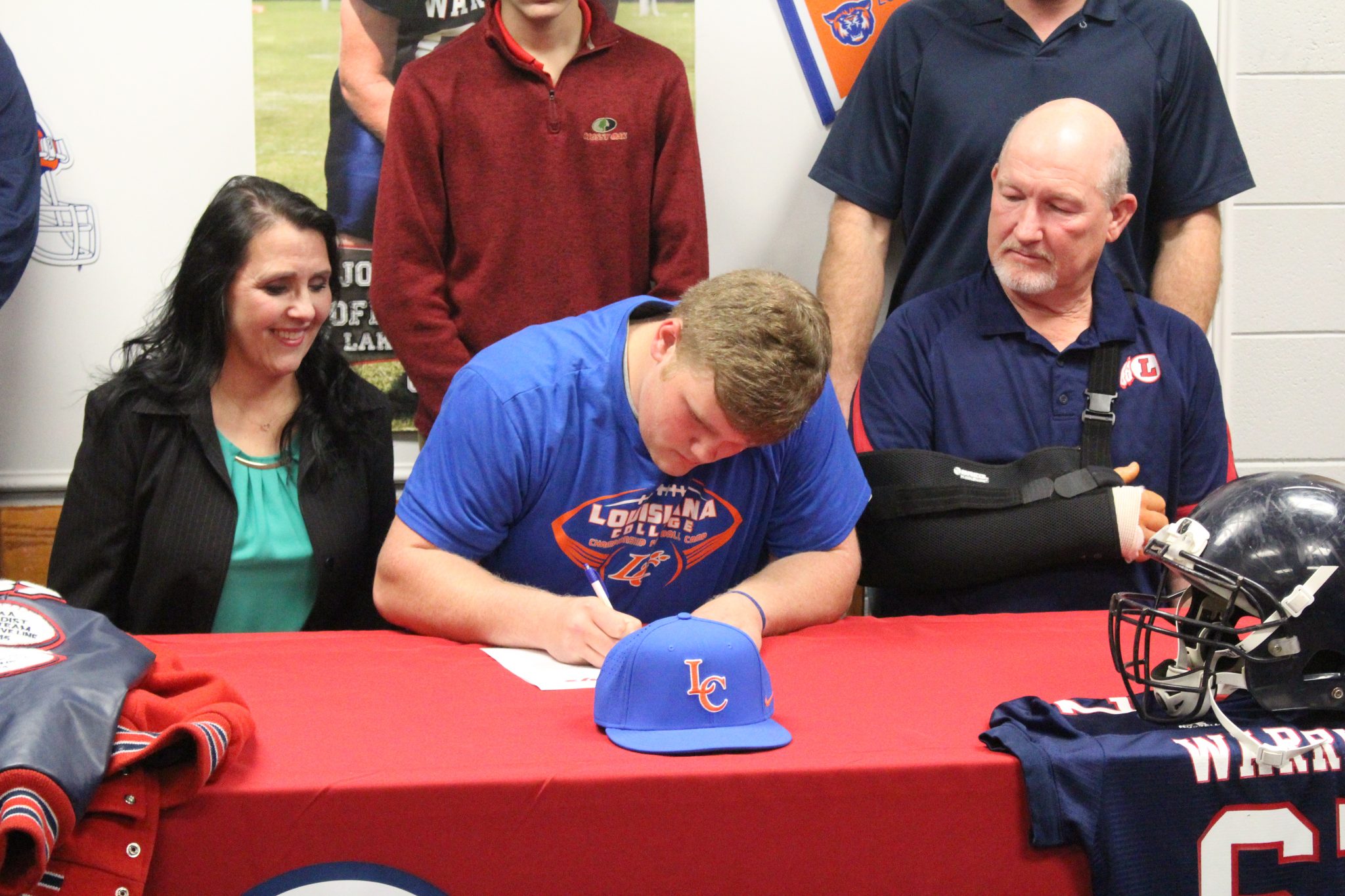 SIBLEY – Lakeside senior Jordan Richard was the first Webster Parish recruit to sign a letter of intent on National Signing Day, putting pen to paper and officially deciding to continue his career at Louisiana College.

The 6-foot-2, 285-pound offensive lineman was a three-year starter for the Warriors. Richard thanked his family, coaches, friends and fans for their support throughout his career. Richard was voted All-District and All-Parish his senior season and will likely play guard at the next level.

For more coverage of Webster Parish recruiting, check tomorrow’s Press-Herald as we will have stories and photos from Minden High School’s ceremony.