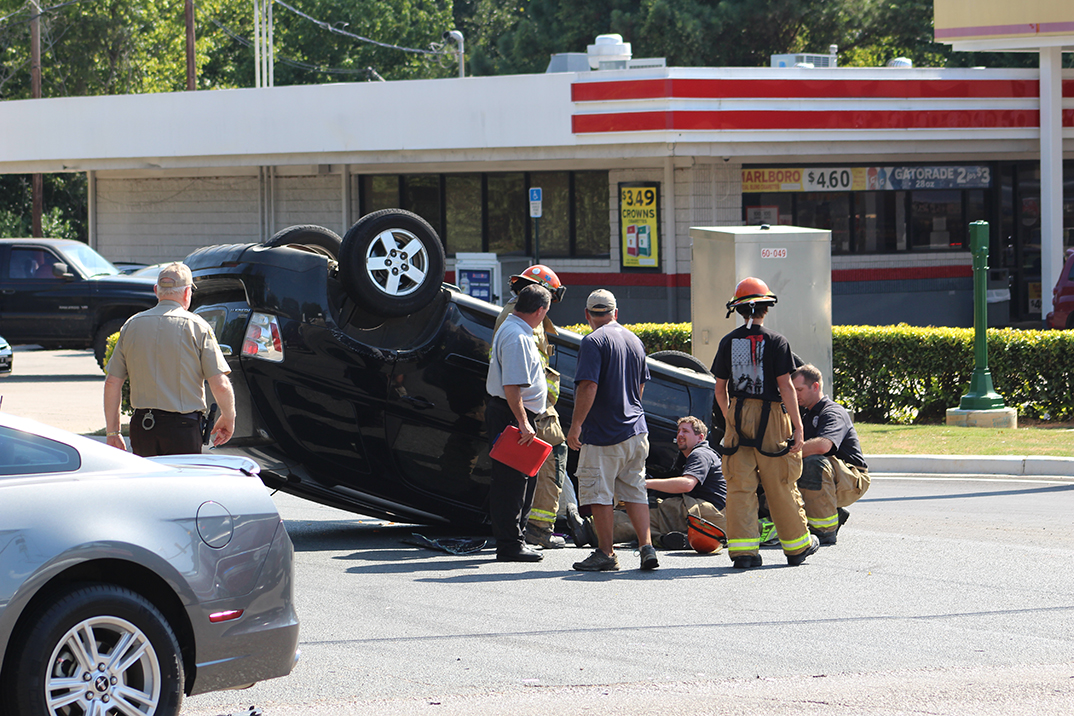 A rollover crash at the intersection Shreveport Road and Erwin Thompson Road Monday afternoon sent four people to the hospital with minor injuries. Minden police say a Chevy Equinox failed to yield while making a left turn and was struck in the side causing the Equinox to roll over. Police say no citations were issued. Responding officers were Lts. Wayne Young, Seth Young, Officer First Class Kenneth James and Officer Russell Engi. The Minden Fire Department responded to assist in the removal of the passengers in the SUV.