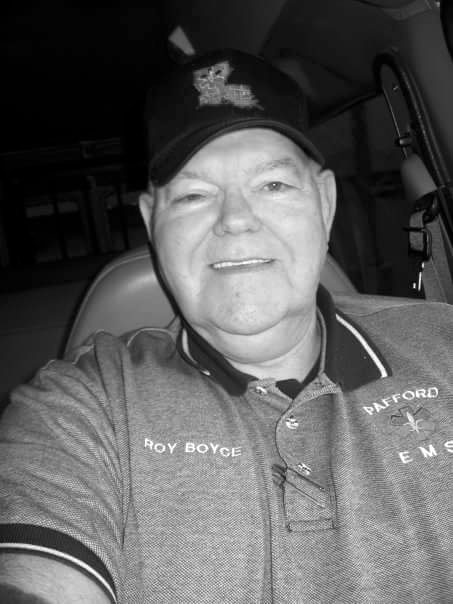 Roy was born July 20, 1942 in Minden, Louisiana and entered into rest August 28, 2018 in Homer, Louisiana. He served his country in the United States Army, worked with Aeropres and O’Neal Gas Comapny and was a retired first responder with Pafford Ambulance Company. He was a volunteer fireman and a Baptist/Pentecostal preacher.

He was preceded in death by his brothers; Jake and Buster Boyce.

He is survived by his son Rodney Boyce and wife Denise of Kentucky, daughters; Patricia Butler and husband Kem of Dubberly, Catherine Marquez of Haughton, and Elizabeth Boyce of Gibsland, sister; Dottie Gordon of Sibley, brother; Don Boyce of Minden, ten grandchildren, and three great-grandchildren.