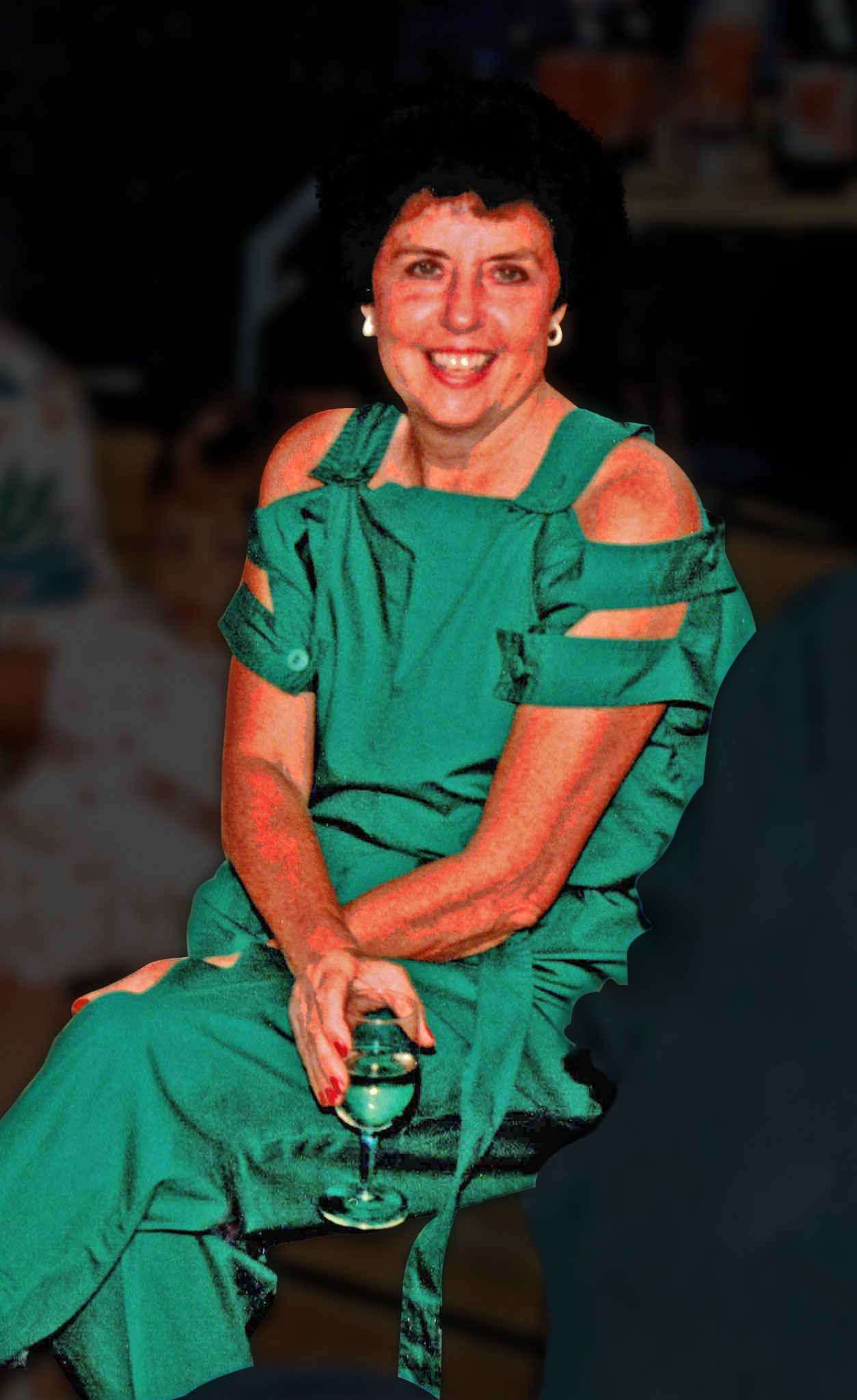 Mrs. Ruby Grace Sanders, age 89, passed away Tuesday, February 27, 2018, in the comfort of family holding her hand.
Ruby, also known lovingly to many as RuRu, was a pillar in the community dedicating almost three decades of service at the Minden Civic Center as one of the town’s great leaders.

Ruby was born May 24, 1928 in Haskell, Texas to parents Minnie Grace (Norman) and George Dudley McKelvain. She grew up the eldest of three siblings, graduated from Haskell High School, moved to Odessa, Texas and then found her home in Minden, Louisiana.

Ruby married the love of her life, Perry Lee Sanders, in September of 1979. Perry and Ruby lived their life to the fullest, always seeking adventures. Together Ruby and Perry were known for their house parties and social gatherings. They were often found cruising the Atlantic Ocean or Lake Bistineau where Ruby could always be found with her signature glass of champagne.

Instead of grieving the loss of RuRu, her family requests that you celebrate her life with a champagne toast.

RuRu is survived by her husband, Perry Lee Sanders; their children, Steve Sanders, Cindy & Ken Smith; her grandchildren Tiffany Smith Costello and Ashley Sanders; her sister, Janice Hester and many nieces and nephews. She is preceded in death by her parents and her brother C.W. McKelvain.

A Celebration of Ruby’s life will be held at the Lakeview United Methodist Church in Minden on Saturday, March 3rd at 11am. Friends and family are invited to stay afterwards in the fellowship hall to share stories and memories of RuRu.

In lieu of flowers, donations may be made to the Minden Lakeview United Methodist Church in Ruby’s name.