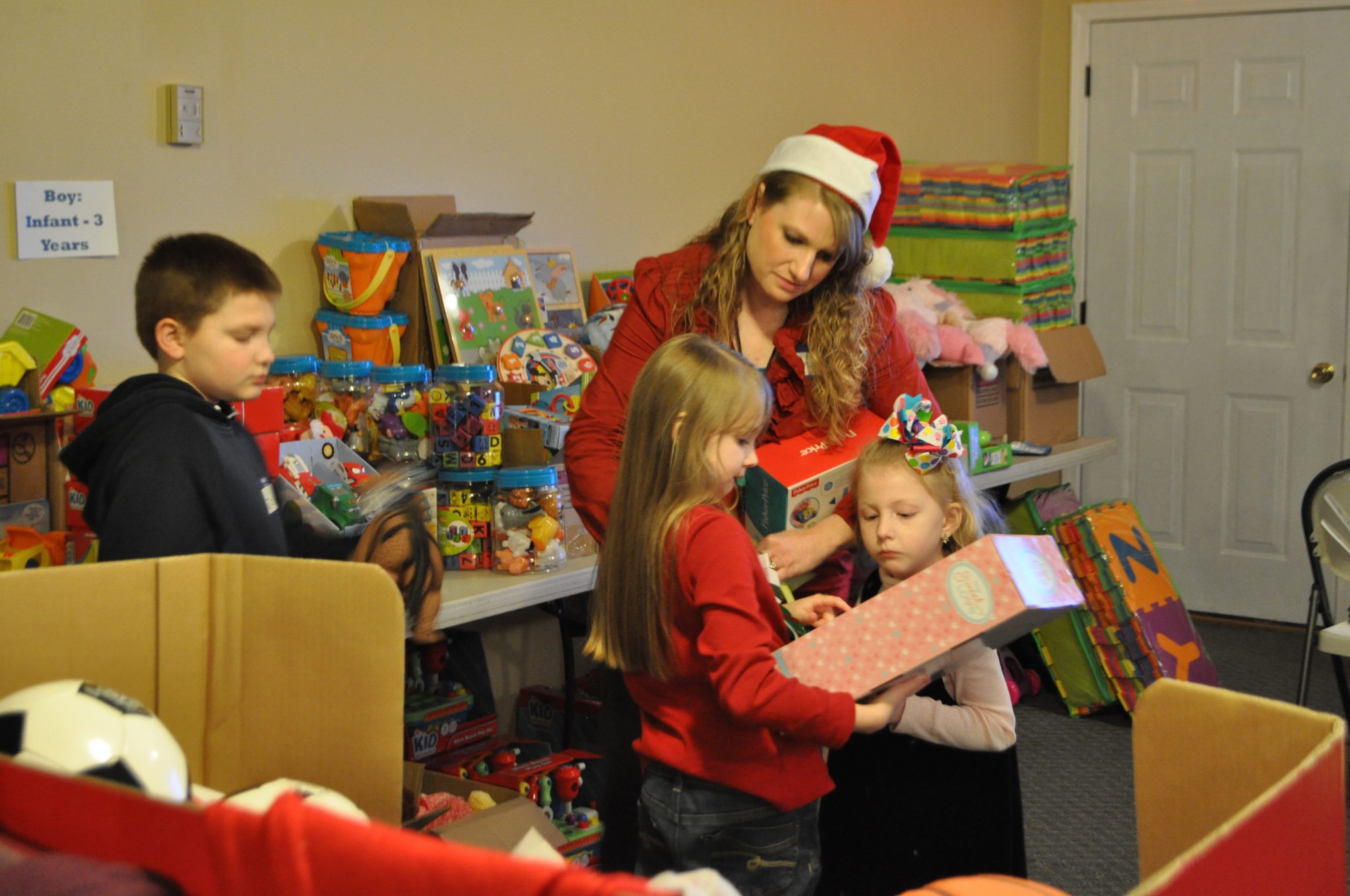 Families who were victims of the massive March flooding are getting a helping hand this Christmas from the community and the Salvation Army.

Unwrapped toys for Christmas were distributed at the Sibley Baptist Tabernacle Monday to families still struggling with the financial aftermath of the floods. The Rev. Jimmy West, pastor of the church, said it was a blessing the event came together to help those in need.

He said the church had expressed to the community the desire to do a Christmas gift give-away, and about that time he met Jenny Reynolds, the director of the Webster Parish Office of Homeland Security and Emergency Preparedness.

He said she put him together with representatives from the Salvation Army. Some gifts had been donated to the Salvation Army, but the donor wanted to make sure they got into the hands of flood victims, he said.

Rebecca Nichols, program coordinator for the Salvation Army of Northwest Louisiana, said they had extra funds left for disaster relief in Louisiana.

“Long-term recovery is not something the Salvation Army does,” she said. “We don’t do grants, and we can’t write checks, so what we decided to do was remember those who were affected by the March floods by providing some Christmas gifts to their children in hopes that that little bit would help the rest of their financial situation.”

The toys were purchased with funds specifically for Emergency Disaster Service, Christmas assistance, Nichols said. Amanda West, wife of the Rev. West, said additional toys were purchased above what the Salvation Army purchased to give teens who exceeded the age limit of 14 gifts.

“The community and businesses also donated money for us to go purchase gifts as well,” she said, “and we bought things for teens, because we didn’t want them to feel like they were being left out.”

Rev. West said they were prepared with 300 toys, enough to give each child four gifts.

The Salvation Army is one of the agencies, along with the American Red Cross and other relief agencies, on the front lines during a disaster.

“We see the heartbreak and we see the look on people’s faces when they realize they’ve lost their whole life,” Nichols said. “To us, this is just something that we could do to bring a little bit of Christmas cheer.”

Specifically, the Salvation Army targeted the rural areas that were flooded in Webster Parish.

“It’s one of those things that you would never wish on anyone, but afterwards, you can see how God has used all of this to make our community a much tighter, stronger community. That part has been well worth it,” West said.