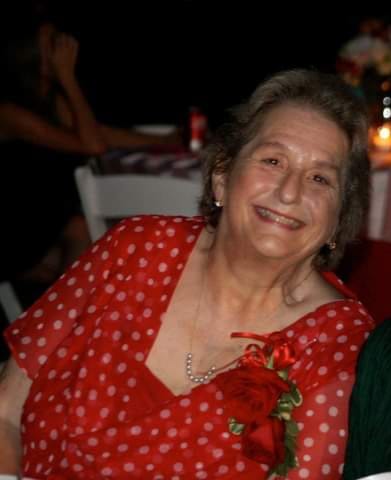 Sarah Simmons Matthews was born in Springhill, LA on February 21, 1943 to B.M. and Jo Simmons of Cotton Valley.  She passed away on Sunday, January 3, 2021 after a long illness involving COPD and pneumonia.

Sarah had many jobs, mostly in bookkeeping.  In 1984, she graduated from Louisiana Tech University with a degree in Business Education.  She taught Business classes at Coushatta High School in Coushatta, LA in the late 80’s before she and her family moved to Kilgore, TX in 1991.  After moving to Kilgore, she worked at Guaranty Federal Bank, Bowles Property Management, and Gregg County Oil Company before retiring in the late 2000’s.  She was a member of The Order of the Eastern Star and the Eastview Baptist Church in Kilgore.

She was preceded in death by her parents, B.M. and Margaret “Jo” Holloway Simmons of Cotton Valley, LA.  She is survived by her brother, Bobby Joe Simmons of Cotton Valley, LA; her husband, James “Mike” Matthews of Kilgore, TX; her son, David Matthews (and wife Dana) of Sibley, LA; daughter, Cynthia Matthews Porter of Kilgore, TX; grandchildren Kylie McKissack and Kaitlin Jones of Louisiana, Rubye and CJ Porter of Kilgore, TX; great-grandchildren Justin and Macey Garrett and Jaycee and Skler Freeman all of Louisiana.  In lieu of flowers, please donate to the Gideon’s International Bible Program or your favorite charity.