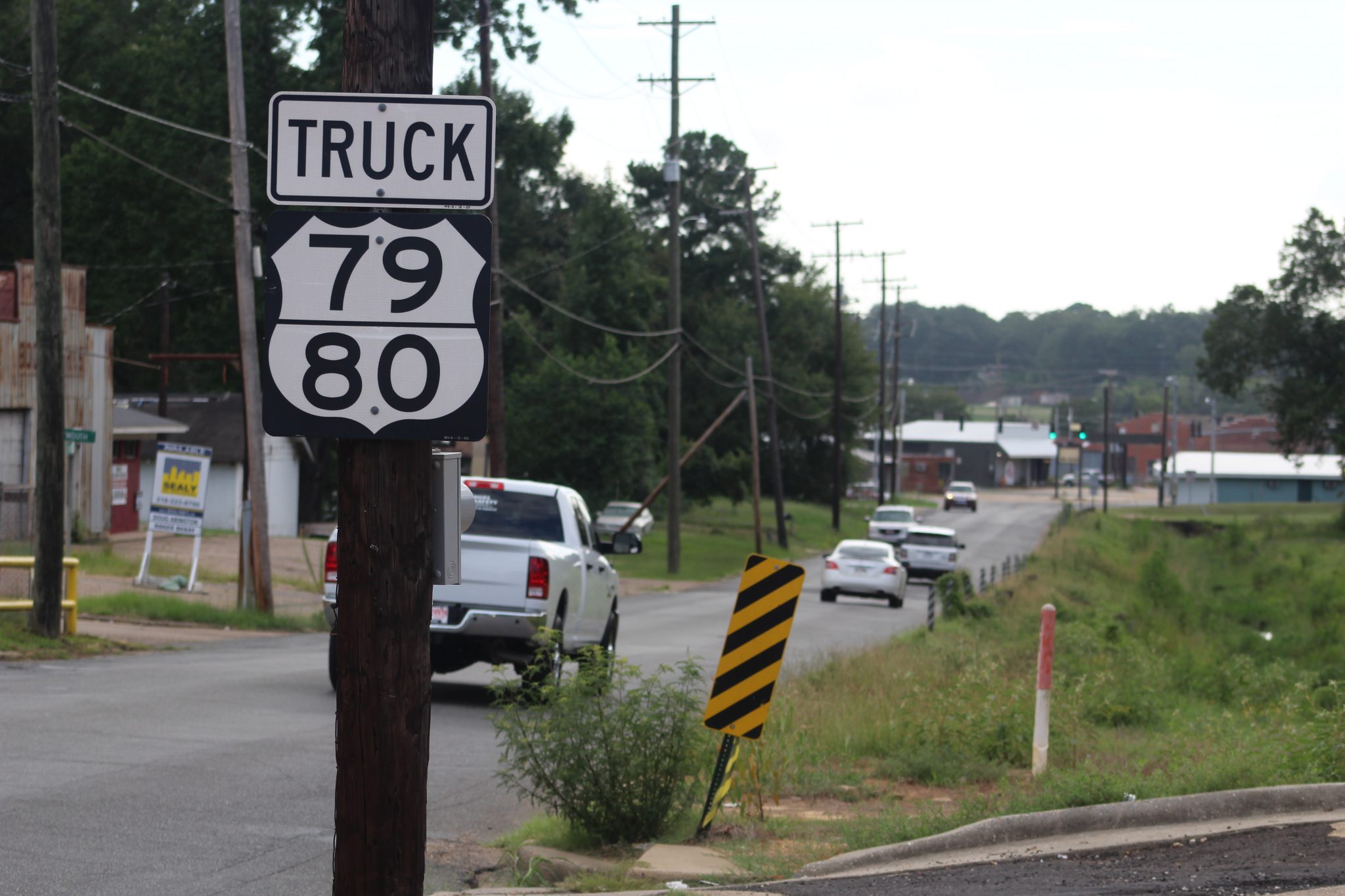 There are no answers yet as to what will happen with the stretch of Sheppard Street that is the U.S. Highway 80 Truck Route.

“There’s about 1,300 linear feet there that we’ve been in negotiations with the state for quite a while about who owns it,” he said. “The city (Minden) says the state owns it and the state says the city owns it. We met with DOTD and we’re trying to impress upon them that they own it. They haven’t admitted that yet.”

Reynolds said he feels like the issue will be worked out, but it may take more time.

“We’ll have to make a special request for emergency services so they can go down there and fix it,” he said. “I think it’s a doable thing. There was just no final decision today.”

That part of Sheppard Street, between Mike’s Outdoors and Church’s Chicken, is the Highway 80 Truck Route, he said.

Mayor Tommy Davis said the drainage pipe underneath the street has rusted at the bottom and is sinking, thereby causing the street to sink.

“It’s been there for a long time,” he said. “The pipe has sunk and it’s making the road sink. It’s sunk so much that cars were bottoming out, and we’ve put a temporary fix on it. We don’t know how temporary that will be, but we’re hoping the state will take responsibility for that part of Sheppard Street.”