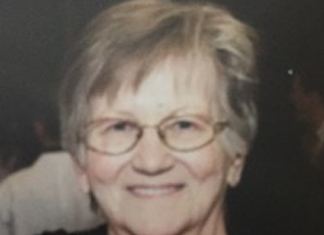 Sue was born to parents Chris and Mattie Coleman on Sept. 18, 1940 in Homer. She grew up as the second youngest of four and attended Minden High School, graduating in 1958. She attended Louisiana Tech University for two years. Later she attended Pat Goins Beauty School and worked as a beautician at Talk of the Town in Minden until retirement. She lived her life with a passion for gardening, crafts, cooking and family, especially her grandchildren who meant the world to her.

Sue is survived by her sons, Jack Morgan Jr. “Jay” and Samuel Morgan; her daughter Denise Morgan Reagan; her brother, Gene Coleman and wife Martha; and her five grandchildren, Jack Morgan III “Trey”, Luke Reagan, Levi Reagan, Lyle Reagan, and Valerie Morgan; and by numerous nieces and nephews and friends. She is preceded in death by her parents, Chris and Mattie; and her brothers, Jerry and wife Hatshue Coleman and Bill Coleman.

Sue will be cremated and there will be a private memorial following. The family is thankful for the condolence, and prayers.