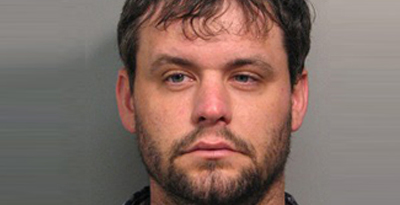 Facebook
Twitter
Linkedin
Email
Print
Battery charges against a man accused of beating his wife have been dismissed, along with the protective order.

John Riley Hollingsworth, 29, was ordered by 26th Judicial District Judge Parker Self to attend anger management classes, and according to a letter from his attorney, Ron Miciotto, he has completed those courses. He was originally charged with aggravated battery by domestic violence.

According to court records, his charge was amended to simple battery, which was dismissed.

At the time of his arrest on May 22, Minden Police Chief Steve Cropper said a concerned citizen contacted Det. Keith King Jr. about the incident.

Sgt. Tokia Whiting located the victim at her residence, he said. The victim told police that

Hollingsworth had come by and they began to argue. He took her cell phone away and threw it at her, hitting her in the right eye area, causing a small cut, the chief said. Other injuries were apparent and the victim told police Hollingsworth picked her up and slammed her body down on the tile floor, causing severe back pain.

“At that point in time, apparently Riley left the residence,” Cropper said at the time of arrest.

“They got the victim up here to file a report and file charges. A warrant was obtained for Mr. Hollingsworth for aggravated battery by domestic violence.”

During questioning, following his arrest, Hollingsworth reportedly admitted to the charges.

Hollingsworth is believed to be the first in Minden to be arrested under Gwen’s Law, a bill signed into law in 2014.

Authored by Rep. Roy Burrell, of Shreveport, the law strengthens protective orders and requires a hearing before bail. The court has to decide the feasibility of granting bail to a person charged with domestic violence.

Assistant district attorney Marcus Patillo was contacted regarding the judge’s decision, but he could not comment as of press time.