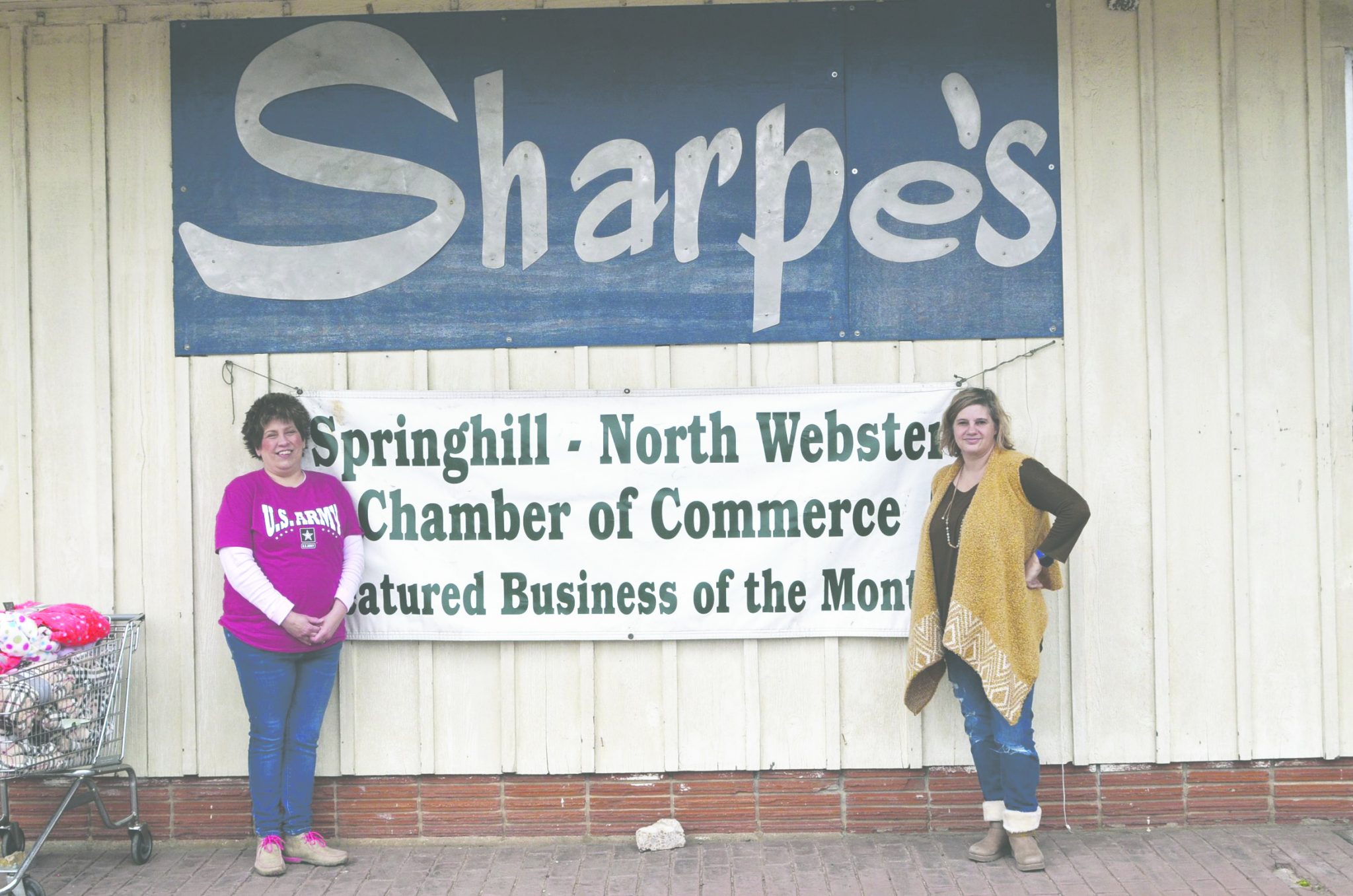 Chamber of Commerce’s Featured Business of the Month for February.

made a point of selling the highest quality clothing at the best possible prices.

found under one roof with the promise of low prices on quality goods. In

addition, for no extra charge, you can special order just about any item carried in

for their continued patronage. If you have not visited their store, go by and see

them at 200 North Main Street.

Again, Congratulations to Sharpe’s for being chosen the Springhill-North Webster

Featured Business of the Month.