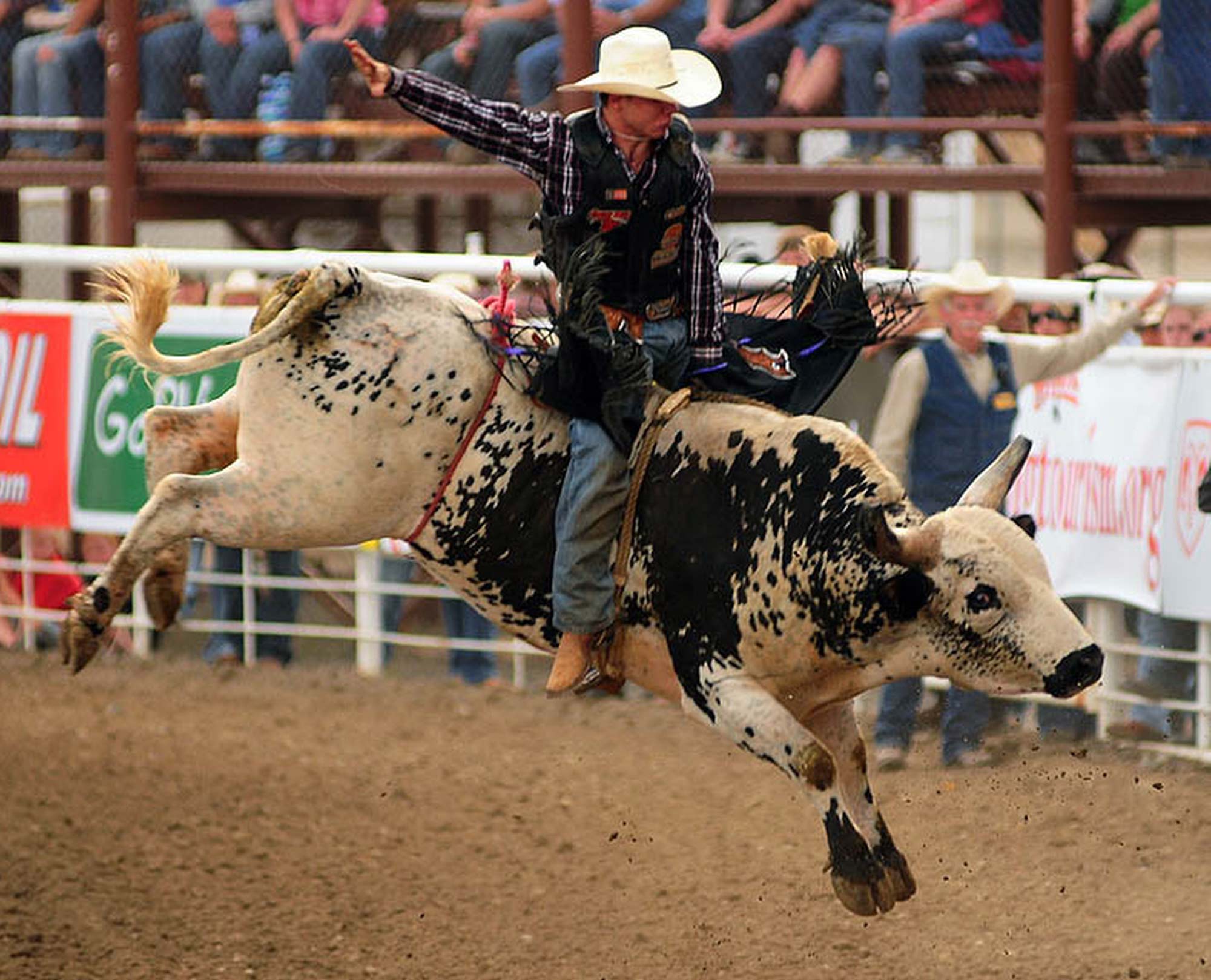 The 65th annual Springhill PRCA Championship Rodeo is right around the corner and tickets are still on sale.

“It’s always been in August, but it’s been too hot, so we moved it to September,” he said. “It’s more than three days, though.”
Tickets are $12, and Friday night will be a reduced ticket as it is family night. Children’s tickets are $10.

Team roping will be on Monday, Sept. 18, with barrel racing on Tuesday, Sept. 19. On Wednesday, Sept. 20, Cowboy Church will be held at the arena, and the rest of the week, the rodeo will be at 8 p.m. each night, Lynd said.

The children’s rodeo will be Friday night about an hour and a half before the rodeo begins at 8 p.m., Lynd said.

“Children can ride a horse, a pony, pet a calf or goat,” he said. “If children have never ridden a horse, they can come ride one Friday night.”

The “shark tank” will be a major attraction this year. People can get into the “shark tank” on the arena floor and watch the rodeo from there. Lynd said the tank is safe and no one will be hurt by any of the animals.

“It puts you right there in the action,” he said. “The bull can’t get to you, but you’re right down on the arena floor.”
On Saturday, a parade will take place at 2 p.m.

While the highlights of the event will be rodeo activities, SRA brought in PRCA Announcer Trey Windhorst. Although people might not see him, enthusiasts will hear him.

He has announced rodeos all over the country and has won several awards, including the International Finals Rodeo Showcase Champion Announcer, selected to announce the 2012, 2013 and 2014 Iowa Rodeo Cowboys Association Finals and received the Announcer of the Year in the Midwest Cowboys Rodeo Company those same years.

“As a bullfighter, Isley was shy and had no desire to tell jokes or perform any type of comedy acts,” Lynd said. “He even found large crowds intimidating. Yet with makeup on and baggy pants, he found a comfort zone between him and the crowds. When this happened, his career took off and so did his accomplishments.”

Isley has a long list of accomplishments from all over the nation. He has performed in Puerto Rico and Canada.