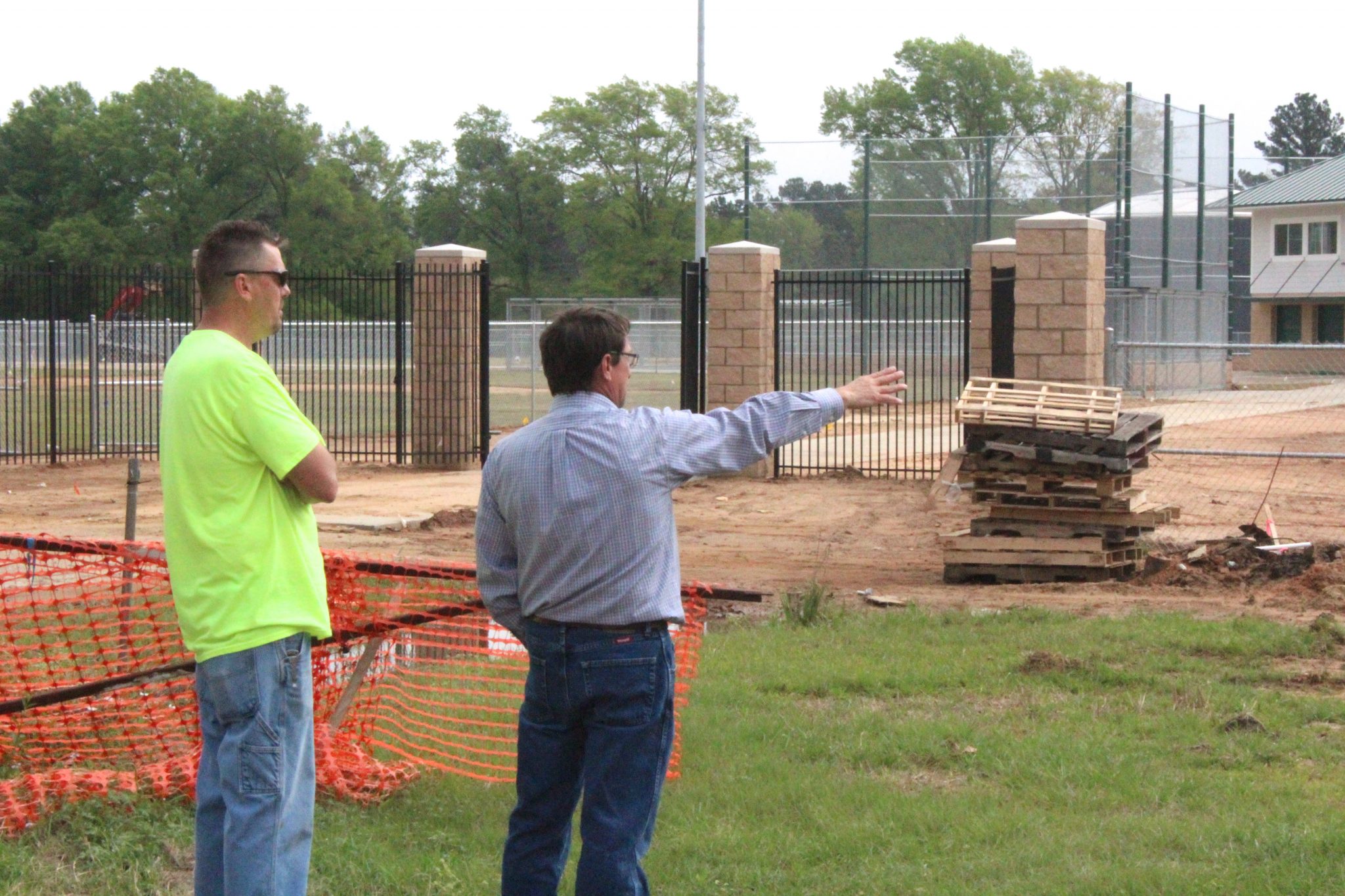 SPRINGHILL — The City of Springhill is seeking State funding to complete construction of a new recreation complex for North Webster Parish youth.

The City is asking for $2.975 million through a cooperative endeavor agreement between themselves and the State of Louisiana’s Office of Facility Planning and Control Capital Outlay.

Mayor of Springhill Carroll Breaux presented the resolution for Capital Outlay funding for the Springhill Recreation Complex at a special called meeting of the City of Springhill Board of Aldermen in late January.

In a request for a line of credit, the City of Springhill states their case for needing a one-site recreation complex with areas for baseball, softball, soccer, football and other recreation activities. Four fields for baseball and softball, as well as state-of-the-art lighting, have already been installed as site work continues and Breaux awaits a decision on Capital Outlay Funding.

The Springhill Recreation Complex would feature — in addition to the existing baseball and softball fields — an equipment building, shaded gazebo area, covered pavilion, a playground and splash pad.

The splash pad has been an area of contention, as some Springhill residents, including District 1 Councilwoman Dimetterra Frazier, argue the city should focus on saving a 65-year-old pool on the city’s west side.

City pools have been on the chopping block for two years, according to Breaux, but always seemed to survive council meetings. Frazier proposed a “small” millage, to be executed for 10 years, as a possible solution to save the pool.

“It would add about 2 or 3 dollars to the tax base that we would pay,” Frazier told Fox 33 News’ Jeane’ Franseen.

The main concern of citizens who favor re-vamping the dilapidated west side facility is the location of the new complex and splash pad. Highway 371 runs through Springhill, dividing the Westside pool in District 1 from the new recreation complex across the street.

Concerned citizens fear children will be endangered by highway traffic trying to cross the street and reach the pool.

Breaux said he hears those concerns, but the wheels have been turning behind the scenes for three years on bringing a new complex to Springhill.
In 2013, Breaux used a reserve account to pay the final three years of a 20-year DEQ bond bought in 1996 to pay for upgrades to a sewer treatment facility.

“When you borrow money from the state like that, you have to establish a reserve account where you have payback ability one year ahead,” Breaux said. “We had built up enough money in that account to pay those bonds off in 2013, saving $90,000 of interest in the process.”
Since then, unanimous votes have been passed before the board for things such as ordinances to allow for the closing of streets, bringing in government consultants to begin the process and the hiring of a bond attorney.

“The council has to approve these things as they’re developing,” Breaux said. “As this was going on, no complaints from any council members; this is what we’re doing.”

If the requested funds are approved, Breaux expects the project to be complete in 2-3 years, but Dixie Youth baseball and softball will begin playing at the new complex this season, starting April 15; the new splash pad could be finished as soon as next summer.