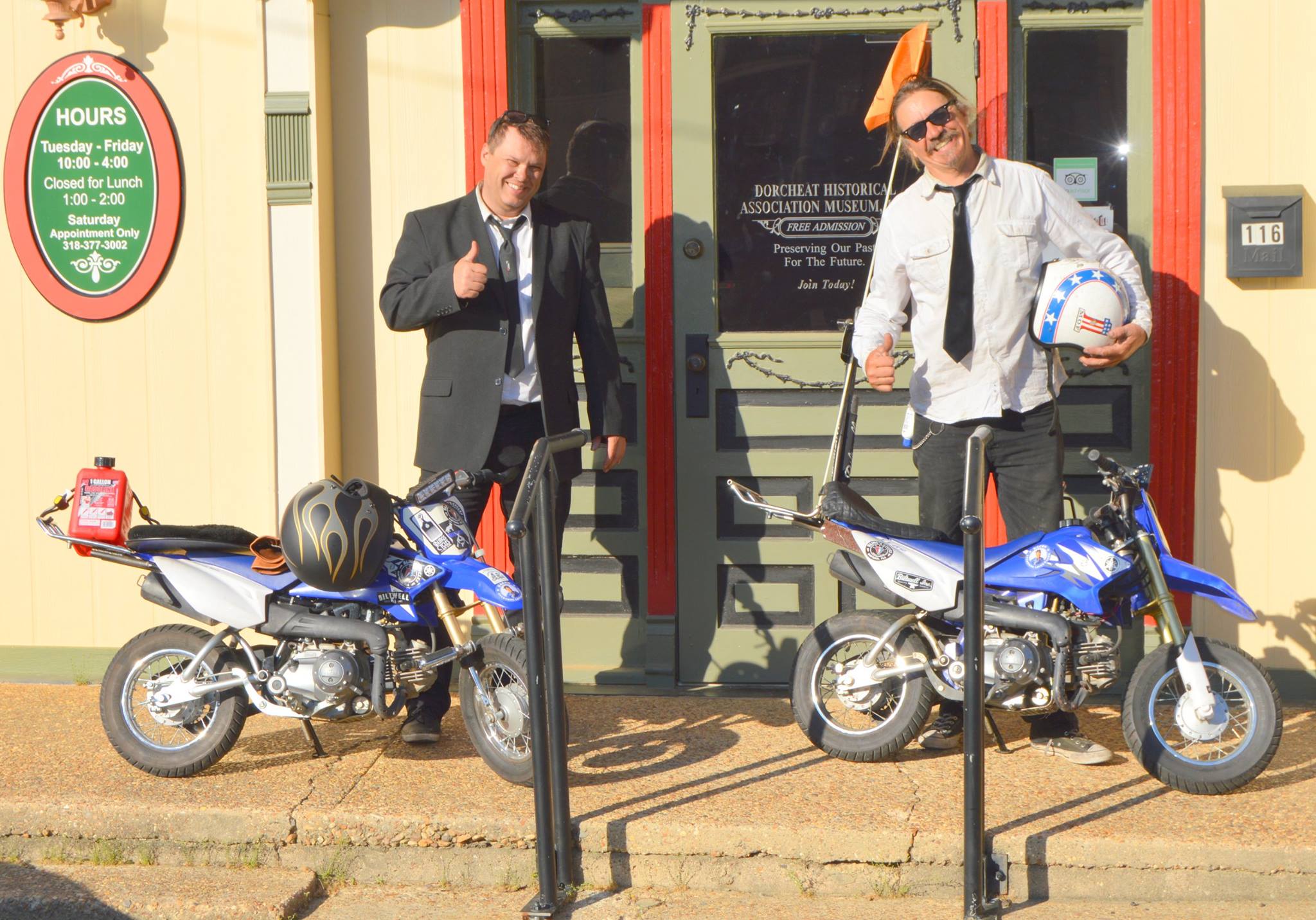 Kevin Bean’re, also known as the “Motorcycle Nomad,” and his friend and fellow rider, Tim Ford, came through Minden Thursday on their way to attempting to break a world record on a 3,000 mile coast to coast for the Guiness Book of World Records. While the two were trying to break that world record, their ride served another purpose: to raise awareness of adrenoleukodystrophy, or ALD, a deadly genetic disease that affects one in 17,000 people. Aidan Jack Seeger, the son of

Aidan Jack Seeger, the son of Bean’re’s best friend, passed away from ALD at a very young age. The ride was to bring awareness to how this disease can be detected at birth and treated. Bean’re and Ford are riding to the state capitols along the coast to coast route to carry legislation about mandatory newborn screening in states that don’t provide it. The theme for the ride was taken from the “Blues Brothers” movie, “On a Mission from God,” to help children.

They dressed and rode in “Blues Brothers” attire the entire trip. A fundraiser was hosted Sunday in Dallas, and legislation was taken to the Texas State Capitol before the two headed west. Bean’re and Ford are expected to arrive in San Diego, California, in about three weeks.