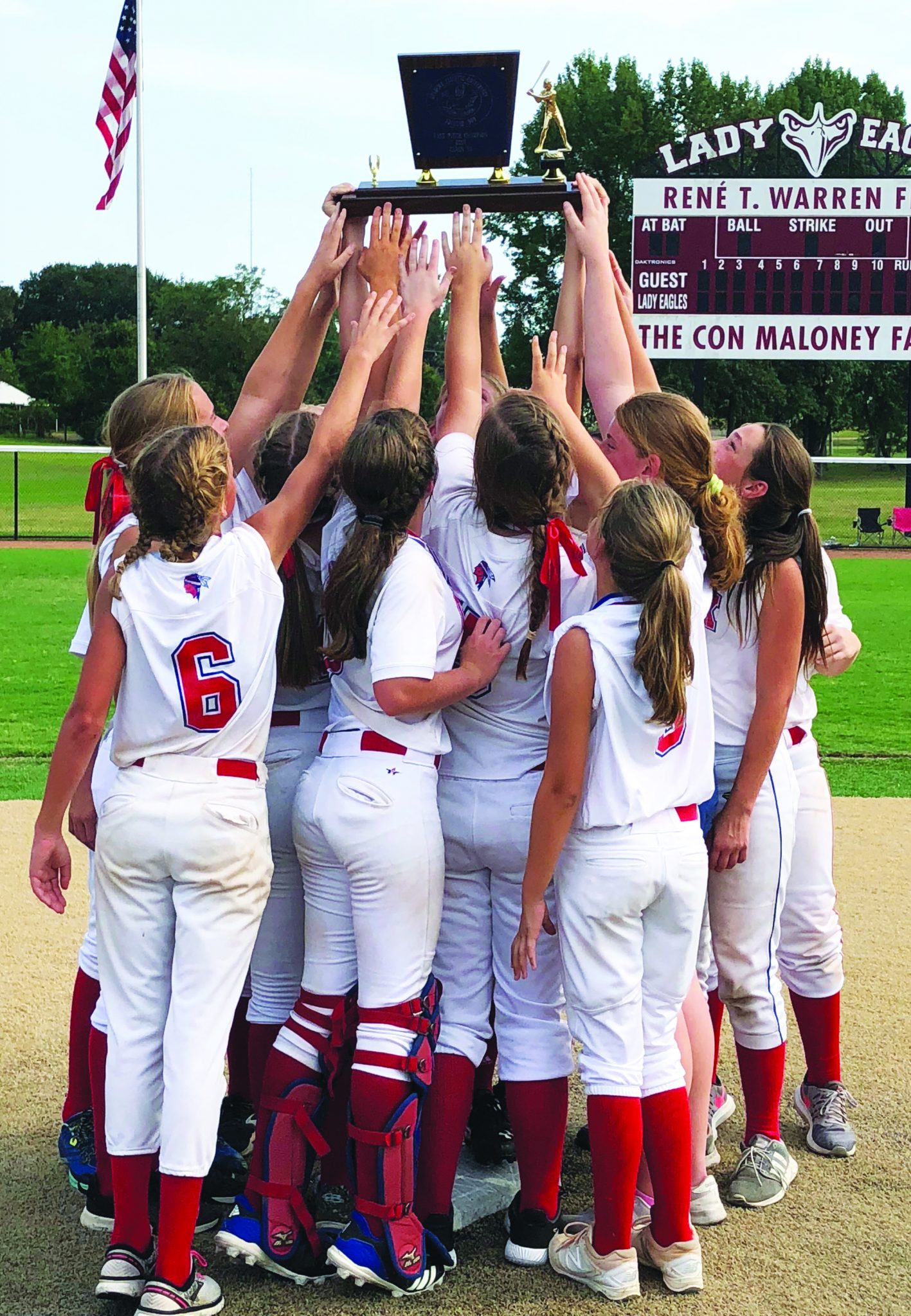 Glenbrook’s softball program won the first MAIS state title in the history of the program this weekend, beating Porter’s Chapel in the decisive third game of the championship series on Saturday in Mississippi.

After cruising to an 11-1 win on Wednesday in Minden, the Lady Apaches needed just one more win to secure the crown.

But, a tight 2-1 loss in the opening game of Saturday’s potential double-header ruined any chance of an easy road to victory.

Glenbrook led in game one before the bottom of the sixth, when Porter’s Chapel rallied to score two runs and take the lead. Glenbrook couldn’t score in the final frame, forcing a decisive third game.

Glenbrook was methodical in the third game.

The Lady Apaches scored one run in three separate innings to establish a 3-0 lead. Glenbrook got it done in the field and on the mound, as they have all year, and rolled on to take the 2-A state title.

Alyssa Martin, Reese Hanson and Sarah Margaret Mosely all drove in runs for the Lady Apaches.

Hanson and Mosley led the way at the plate with three hits each in the third game of the series.

Martin was excellent on the mound as usual, surrendering just three hits and zero runs en route to the win.

Third-year head coach Roo Johnson has made an impressive turnaround for this program, but she gives credit to the players for making the plays.

“My first year at Glenbrook was mostly spent on teaching proper mechanics and focusing on doing the little things right consistently,” Johnson said. “We wanted to focus on having fun and cultivate a love for the game.”

That love for the game has shown up as chemistry between players, and now, a state title.

“We knew we had a shot at going deep into the post-season but that would all hinge on the desire and mental toughness of our kids,” Johnson said. “The season started off rough with some pretty tough losses, especially Claiborne at home. Our kids had to learn how to use failure as fuel.

“Coach Juneau and I had no clue how our kids would perform going into regionals.”

Leading up to the state tournament, the Lady Apaches were hit with a stomach bug that threatened to dismantle the entire operation.

“We could barely practice leading up to that tournament,” she said.

Johnson said they were prepared for every situation they faced on Saturday.

“We practiced on the turf at Calvary,” Johnson said. “We did it all. We even practiced our dog pile should we win.”

Martin led the way with another incredible season on the mound.

But she also performed at the plate and as a leader.

Martin set a single-season record for home runs at Glenbrook this year.

“We couldn’t have done this without her,” Johnson said. “Her leadership was key.

“The team would follow her and play for her anywhere. All the girls on the team love and respect her.”

Hannah Mosley led the team this season with a .443 batting average and 43 RBI.

“Hannah was a big bat for us this year,” Johnson said.

Sarah Margaret Mosley hit .420, while Martin finished with a .417 average and nine home runs to set the season record at Glenbrook.

The Lady Apaches had an excellent season fielding behind Martin, posting a team fielding percentage of over 90%.