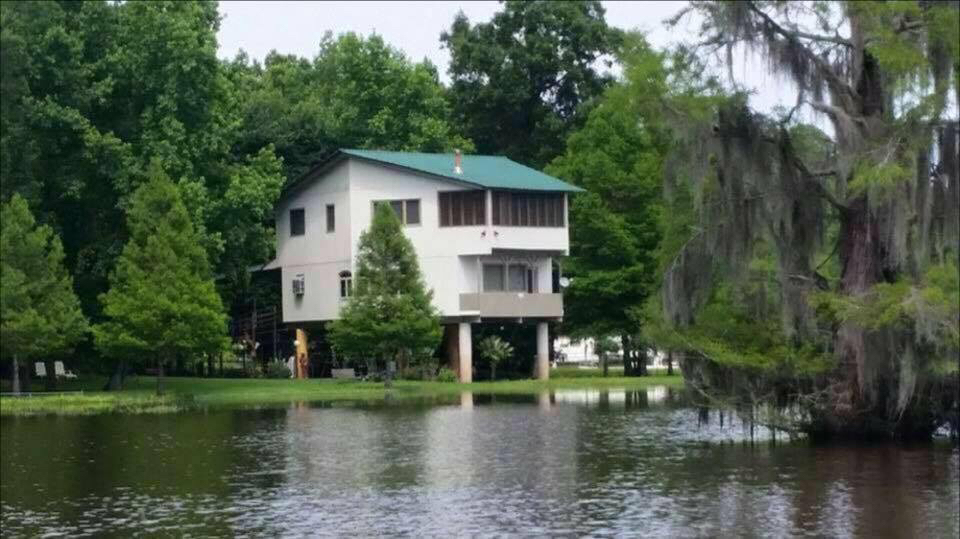 Sen. Ryan Gatti: Legislature is the best path to ownership

As many residents around Lake Bistineau know, it can be hard to obtain financing for a home on the lakefront when the state of Louisiana owns the land around the house. Last fall, one household was able to solve this problem by buying property directly from the state.

Realtor Catherine Hunt and her husband Brent bought a little less than an acre of land around their Sibley lake house from the state of Louisiana for $16,862 in November. Hunt said making the transaction a reality was more difficult than it sounds.

“I’ve been trying to get this done for years,” she said. “The state did not want to do it. I knew it could be done, I just needed help to figure out the process.”

After pursuing several other avenues, Hunt turned to Gatti (R-Bossier City) to use the power of the legislature to help her gain clear title of the property.

“We began to work together and found out that the easiest way to fix her title was to file a bill in the state Senate that would instruct the land office to transfer the property to her for a fee,” Gatti said. “And that has cleared her title.”

Act No. 191 was adopted in a 2016 regular session of the state Senate. Gatti described the bill as a “test case” which will hopefully allow others living on the lake to follow suit.

“It was very important that this was successful, because this process through the legislature is no cost to the citizen,” he said. “It’s a great relief to the citizens around the lake that they can clear up the title to their property without huge legal expenses in the court system. Our office would be glad to help anyone who has this issue.”

Gatti said he plans to move forward with the legislative process to bring more homeowners the opportunity to purchase the land they live on, and he urges anyone with this issue to reach out.

“I would encourage anyone who has a similar problem on the lake to call my office at (318) 746-0861,” he said. “We are preparing a list of properties, and we will prepare bills this year and next year to help clear up the title for those properties. Each property would have its own request to the state through legislation.”

The issue of state and private ownership on the lake bed centers on the 148.6’ NGVD contour line, commonly referred to as the “meander line.” According to the Louisiana Department of Wildlife and Fisheries, the meander line was established at the lake’s boundary when Louisiana became a state in 1812. Everything at or below the meander line belongs to the state. However, the lake was higher in those days because the “Great Raft” caused the Red River to overflow into the lake.

Captain Shreve began clearing the Great Raft in 1833, and when this project was complete Lake Bistineau receded to roughly its current boundary. However, the meander line was never changed. Thus, the state of Louisiana legally owns land that has not been part of the lake for over a century.

“The state’s not doing anything with it,” Hunt said. “What good is my property to the state? I had been trying to get this done years prior. So when Senator Gatti said he would help me, he took the ball and ran with it.”

After years of dead ends, Hunt said Gatti completed the process in less than a year. As the forerunner in this endeavor, Hunt said their efforts should pave the way for an even faster process for those to come after.

“They [the state land office] didn’t want to do it even after the governor signed it,” she said. “They claimed it was unconstitutional, so they sent it to the attorney general. And he said ‘no, they can do this.’ So all of that has already been done for everyone, so it shouldn’t take near the time it took for us to get ours.”

Gatti said he wants his constituents to know that no matter what their problem is, help is possible.

“I always want to encourage people to call our office when they have a problem,” he said. “My staff in Baton Rouge, we really love to help people with problems with the lake, Medicaid, or whatever other state-level problems they may have. We will help.”