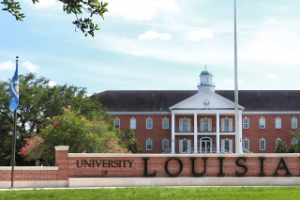 BATON ROUGE — Students will be paying more out of pocket to attend seven of the University of Louisiana System’s colleges in the next school year, under $19 million in fee hikes approved Friday.

An increase of $212.36 per semester for students at the University of Louisiana at Lafayette is the biggest hike approved for the 2017-18 school year, a 4.5 percent bump over last year that is estimated to raise $7 million annually for the campus.

The average increase per campus is $108.89 per semester, or 2.8 percent. Two of the system’s campuses, Grambling State University and the University of New Orleans, aren’t raising fees.

The fee hikes were approved Friday by the executive committee of the college system’s governing board. Even students who receive tuition from the state’s TOPS program won’t get to skip the boosted costs. TOPS doesn’t cover fees.

Officials described the growing charges as the lowest average fee increase in a decade for its 90,000 students.

“While any increase in cost is significant to students, the average increase of $108 will provide valuable services in the classroom,” Henderson said in a statement.

Higher education leaders have said they’ve had difficulty keeping up with mandated increases in retirement and other expenses without new dollars from the state to pay for them. They say they’re struggling to hang on to faculty and students when competing with better-funded peer institutions.

“The disparity puts Louisiana universities at a disadvantage in the recruitment and retention of faculty, especially at our research institutions,” Henderson said.

A day earlier, LSU’s governing board approved more than $15 million in boosted fees across five of its campuses. The most sizable increase, to raise $14 million for pay raises and other expenses, will hit students at the LSU flagship campus in Baton Rouge. All students there will pay $270 more per semester for the 2017-18 school year.

Louisiana colleges and universities were about to lose their ability to hike fees on June 30. But lawmakers agreed to continue the authority to set and modify fees until mid-2020. Gov. John Bel Edwards announced earlier this week that he had signed the bill into law.