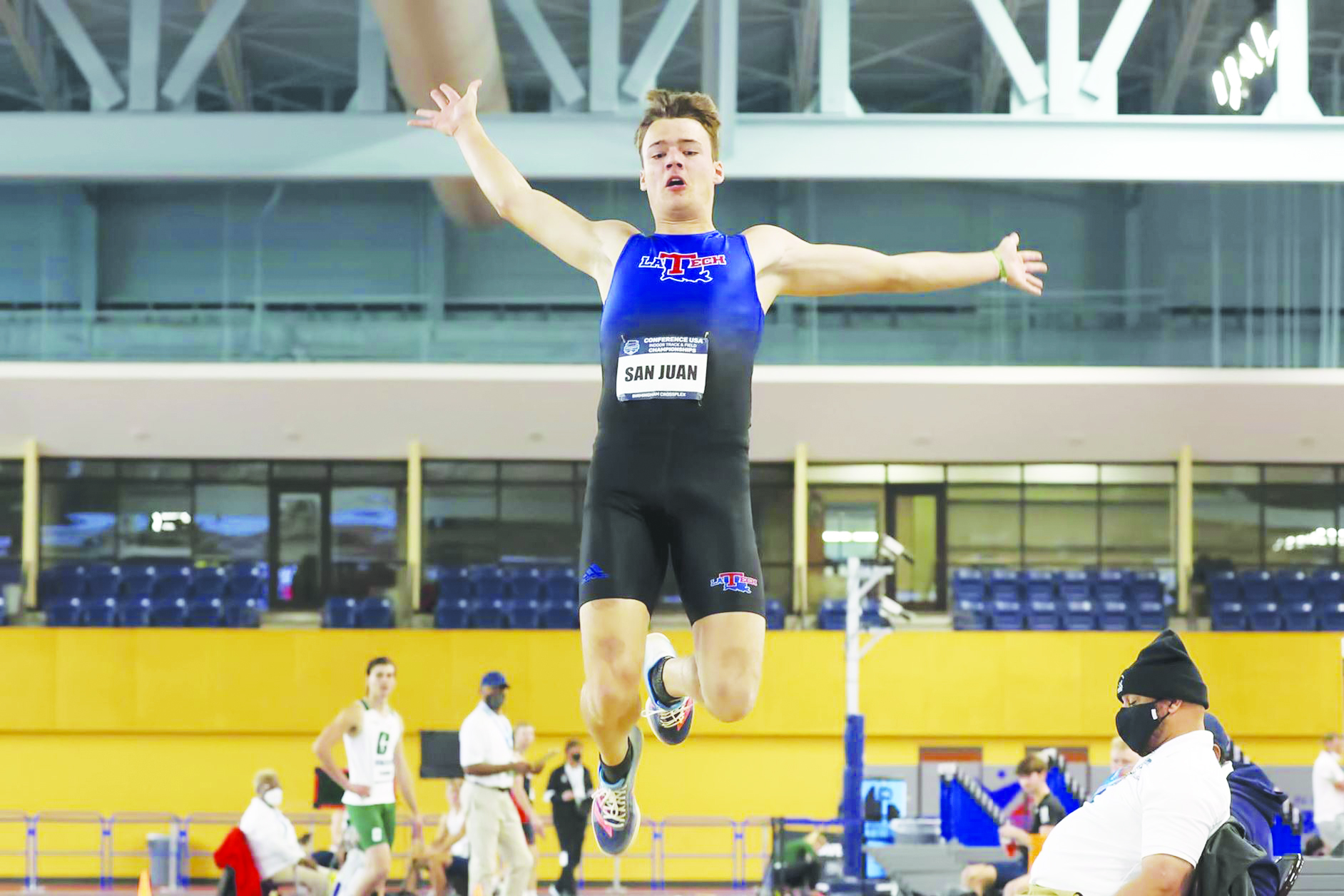 BIRMINGHAM, Ala. — Louisiana Tech freshmen Daniel San Juan and senior Riley Killian joined Johannon Murray in breaking the school record in their respective events over the weekend at the Conference USA Indoor Track and Field Championships.

“Our athletes competed hard over the last two days,” said LA Tech head coach Gary Stanley. “While we certainly wanted to score more points, we did break three school records. But, of course, the most important thing coming up is the final exams next week.

“Fortunately, our teams are built more for outdoor track and field, and that starts in 4 short weeks.”

Day two of the C-USA Indoor Championships began with the rest of the men’s heptathlon, where San Juan finished in fifth place.

• Murray broke her own school record in the pentathlon by 199 points with a total score of 3549, which earned her a podium finish of third place. (Personal Record)

• San Juan broke the LA Tech chool record in the heptathlon with a score of 4865, which was the fifth-best score of the meet. (PR)

• Raven Alexander placed fourth in the women’s long jump with a jump of 5.91m. (PR)

• Leah Scott finished in seventh place in the triple jump with a jump of 12.36m.

•  Johnie Jean-Jacques finished fifth in the shot put with a throw of 16.55m.

•  Kayla Watson finished seventh in the women’s 60m hurdles with a time of 8.79.

•  Nariah Parks PRed in the 400m with a time of 58.94. opponents and will rotate in new cross-division opponents to begin a two-year intra-division cycle.

LA Tech’s outdoor season opener is set for March 19 at the Jim Mize Track & Field Complex for the first and only home meet of the season for the Tech track teams.