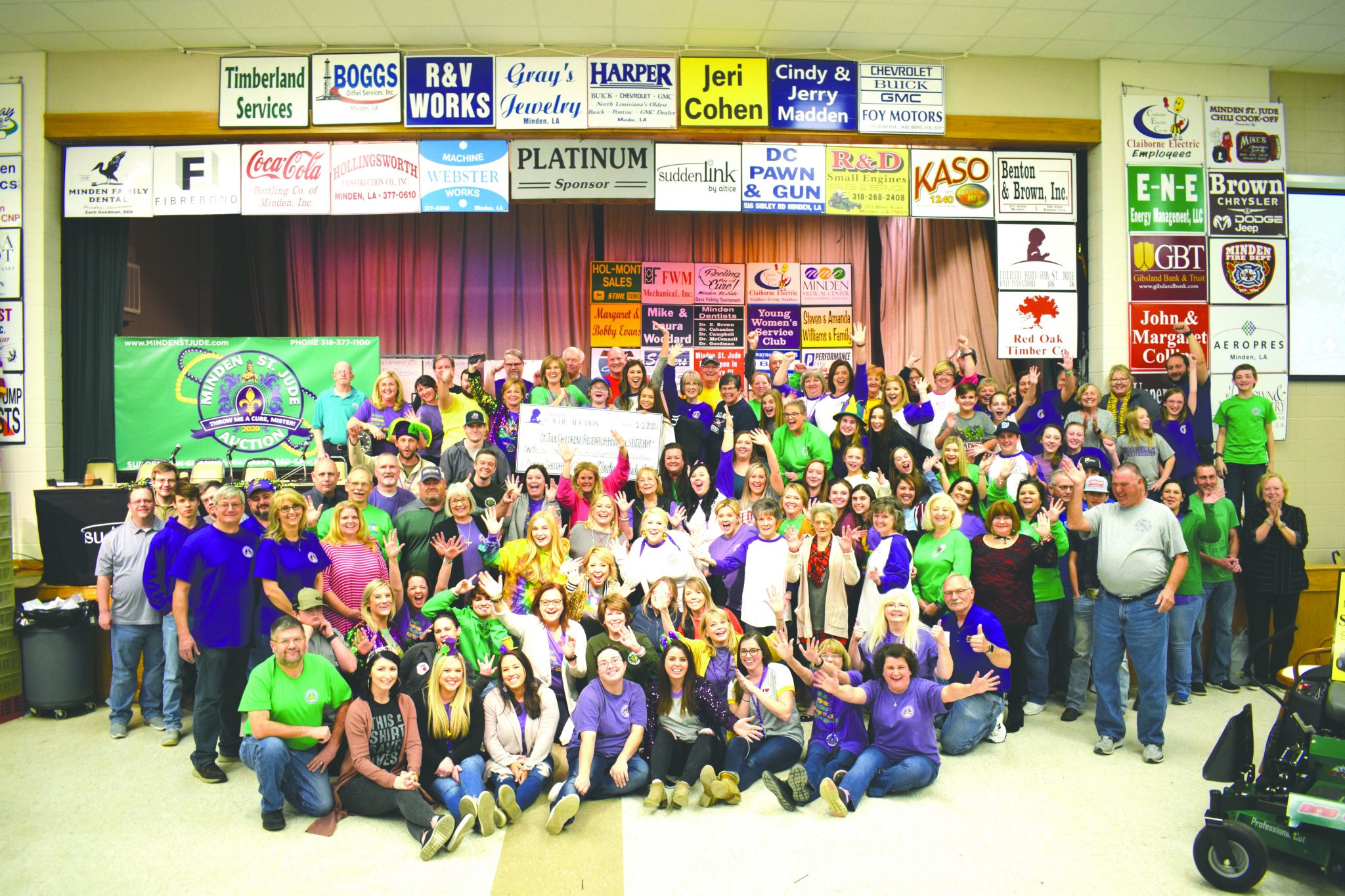 The Minden St. Jude Auction was sent off after another spectacular weekend of fun, food, and of course, raising money for a good cause. This year the auction narrowly outraised last year, with a total of $1,652,889 being raised. All this money was raised through various sources such as merchandise sales, food sales, the auction, raffles, and various events held throughout the weekend.

One of these events was the annual St. Jude Chili Cook Off. Countless cooks gathered in the Civic Center parking lot in order to show off what they had to bring to the table. The categories were the traditional 1st through 5th place decided by judges, as well as a 1st and 2nd place for both People’s Choice and Best in Show.

For People’s Choice, first place went to Home On the Range with cooks James and Debbie Christian and Lance Streetman, and second place went to Dream Killers with cooks Dean Fields and Scottie Booth.

First place for Best in Show went to Home on the Range, and second place went to Super Chili Man with cooks Jason and John Gates.

More than 1500 runners gathered in front of the Civic Center on Saturday morning in order to run through the streets of Minden, with some competing for best times and others just enjoying the walk.

It wouldn’t be the St. Jude Auction without raffling away countless great prizes. The winners for some of the big-ticket items include Jennifer Johnson who won herself the coveted Louisiana shotgun-style themed playhouse. For the Partners In Hope Raffles, the winner of the Rolex was Brian Still, the winner of the Disneyworld Trip was Paul Kitchens, and the winner of the TV/Media Package was Zach Goodman.

The winner of the Grand Prize was Melisha Smith. “The grand prize winner was a childhood brain cancer survivor. Although she was not a St. Jude patient, she and her family still know firsthand how important raising research dollars is. Also, her family is from Minden and they were among our first seven sponsors when we started that phase 25 years ago, even donating a boat for the auction’s very first Grand Prize. Smith Marine and Mel Smith Boat Sales have been top sponsors every year since!” said Laura Hollingsworth, Chair of the Auction.

“I just love a happy ending! If there were no more childhood cancer to raise research money for, that would be the happiest of all. But for now, I’ll take a local hero grand prize winner, a perfect weekend event and $1,652,889 million dollars to send St Jude.  That’s a pretty happy ending!”