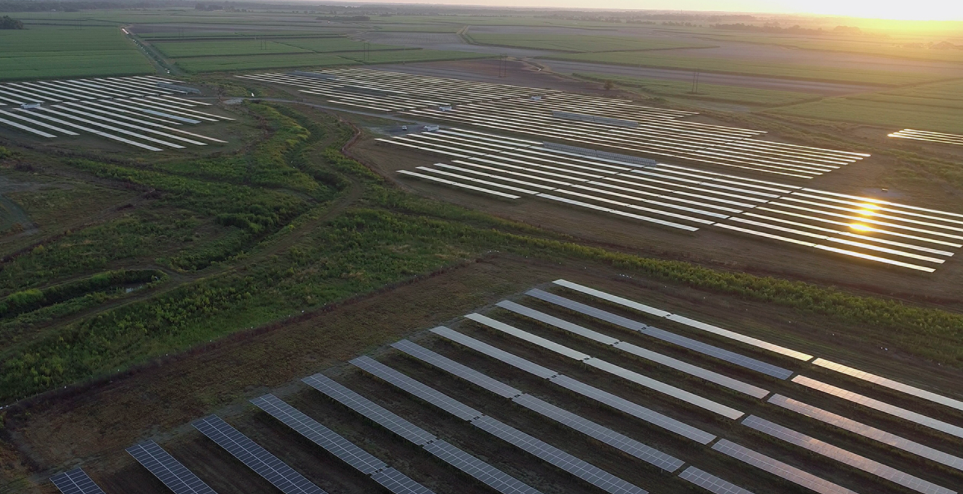 In his first week in office, President Joe Biden signed executive orders to eliminate many federal subsidies for fossil fuels starting next year and pause new oil and gas permits on federal lands.

Louisiana congressional delegation expressed outrage about Biden’s decision. Sen. John Kennedy, a Republican, said the changes would be “devastating to Louisiana,” and Sen. Bill Cassidy, called Biden’s use of the term “Cancer Alley” a “slam upon our state.” Louisiana Attorney General Jeff Landry is leading a lawsuit against Biden’s moratorium on oil and gas leases.

But local economic and environmental experts say it’s time for Louisiana to join the global shift to renewable energy, both to ease coastal erosion and to offset the economic and job losses that now seem inevitable. The state ranks 38th in the country in renewable energy production, according to the U.S. Energy Information Administration. Experts warn that if Louisiana continues to move more slowly than other states, it could lose business and jobs to the others.

Dr. John Pardue, an environmental engineer and professor at Louisiana State University, said energy states like Texas and Oklahoma, have been developing their renewable industries for two decades, and Biden’s orders will cut further into the demand for Louisiana’s oil and gas.

“That’s going to make it more challenging for the state to kind of move forward, but it should be a clear warning to the states that we’re going to have to start diversifying our economy because this isn’t going to last forever,” Pardue said.

Dr. Terrence Chambers, director of the Energy Efficiency and Sustainable Energy Center at the University of Louisiana at Lafayette, said the worldwide shift toward renewables has been driven as much by economics as politics as the cost of solar and wind power has dropped significantly.

In Louisiana, he said, “There’s going to have to be a commitment to make a shift. I think that Louisiana is having this conversation now, and we’re grappling with the issue right now, but I don’t think that we have made the commitment as a state to really make the shift.”

For many Louisianans, renewable energy is still perceived as a threat. After all, Louisiana is known as an oil and gas state, and the industry has long been considered a pillar of the state’s economy.

But demand for the state’s oil and gas has declined in recent years, and employment peaked in 2014. At the same time, the rest of the world has been experiencing a surge of jobs in renewable energy sectors.

A growing number of Fortune 500 companies and governments are setting goals of net-zero greenhouse gas emissions within the next few decades. This presents a considerable challenge for Louisiana, which could lose 30% of its energy jobs within the next 30 years if it fails to take significant action, according to a recent Princeton University study.

But if Louisiana begins to diversify its energy sources, the state could see an increase in jobs, economists say.

Entergy, the state’s biggest utility, has been buying power since October from a 50-megawatt plant with 197,000 solar panels near Port Allen in West Baton Rouge Parish.

Lafayette Utilities System and Cleco Power, based in central Louisiana, have both said they plan use solar energy in the future.

Winds in the Gulf of Mexico are an even more promising resource. Offshore wind platforms could capture more than double the amount of energy that is now consumed by all the states that border the Gulf combined, according to a study by the National Renewable Energy Laboratory.

Edison Chouest Offshore, a company based in Cut Off, La., manufactures boats to service the offshore oil industry. It also is set to build the first vessel in the country designed specifically to service offshore wind farms. The project will create 300 shipyard jobs in Louisiana, Mississippi and Florida.

Chambers said that with the manufacturing talent in the state, the transition to clean energy could be somewhat easier than many people imagine. “A part is a part,” he noted. Machinists who make parts for offshore oil platforms also could make parts for solar or wind farms.

“Renewable energy provides an opportunity for Louisiana businesses and Louisiana workers,” he said. “If we’re intentional about it, I think we can take advantage of that, and 30 years from now we could end up having a vibrant economy with more jobs than we have right now.”

“Failure to do anything is forecasted to cause us to lose jobs over that same time period,” Chambers added, “so I think the real threat is in not taking action.”

Solar and wind power were once considered exotic and expensive. But over the past decade, the cost of renewable energy generation has fallen below the cost of coal-fired power generation.

Dr. Brittany Tarufelli — an applied microeconomist studying relationships between public policy, energy markets and the environment at LSU’s Center for Energy Studies — said that for years, Louisiana officials focused more on the cost of shifting to renewable energy than on the potential benefits that other energy states saw.

“You could make the case that these other states were electing officials that were more supportive of renewable energy or that Louisiana officials were concerned about the cost of developing renewable energy,” said Tarufelli. “But the fact of the matter is that now Louisiana is playing catch up.”

Engineers and economists at LSU and UL said that points Louisiana in a better direction, but it remains one only of 13 states that does not have a regulatory mandate to promote the development of renewable energy resources.

Texas established this standard in 1999 with a goal of 10,000 megawatts of renewable energy capacity by the year 2025. It reached this goal 15 years ahead of schedule. Now, nearly one-fifth of the electricity generated in Texas comes from renewable energy sources, according to the U.S. Energy Information Administration.

When the February freeze left millions without power, some Republican politicians in Texas blamed the state’s reliance on renewable energy. But officials from the Electric Reliability Council of Texas, the organization that operates most of the state’s power grid, said the outages were primarily due to failures in natural gas operations.

To save money, Texas officials also had decided not to install equipment that would have enabled windmills to keep operating in unusually cold weather.

From an environmental perspective, experts note, Louisiana also has more at stake than most states in following the shift in the energy production from fossil to alternative fuels.

As a result of climate changes, South Louisiana is projected to experience 130 to 140 days a year over 90 degrees instead of 60 to 70 days as in years past, according to Pardue, the LSU engineering professor. The state can also expect more intense storms and devastating hurricanes and flooding, resulting in infrastructure damage and accelerated land loss.

“It won’t all happen at once,” said Pardue. “It’ll happen in spurts, and we’ll kind of get used to it, but we’ll look around and realize that we’ve been paying billions of dollars to work to recover from the storms, and we’re constantly paying that. Eventually we will run out of money.”