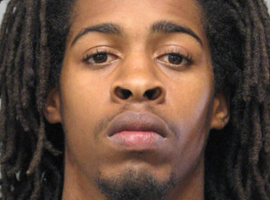 Three of four suspects have been arrested in a case of alleged attempted murder.

Marquette Juwan Burks, 18, of the 200 block of Central School Road in Dubberly, was arrested Sept. 2 and charged with attempted murder. Bond was set at $200,000.

Michael Jamal Bradford, 17, of the 100 block of Oscar Moore Road in Dubberly, was arrested Sept. 7, and charged with criminal conspiracy to commit murder. Bond was set at $200,000.

Maj. Dustin Reynolds, with the Webster Parish Sheriff’s Office, says four suspects approached the victim’s residence on Oscar Moore Road and attempted to get him to come out and fight. The victim was outside and he ran into the house, he said.

“As he was going into the house, a series of four or five shots were fired,” Reynolds said. “They ran down to their vehicle on Oscar Moore Road and took off. The victim filed a report and the sheriff’s office began looking into it.”

Two of the three arrested turned themselves in, according to police reports. Kinsey came to the patrol office where he was questioned about the incident and subsequently placed under arrest. Burks made arrangements to turn himself in. He was taken into custody and transported to the criminal investigation division and questioned. A warrant was served on him.

Bradford was arrested at his grandfather’s residence.

All three were transported to Bayou Dorcheat Correctional Center for booking on the above charges.