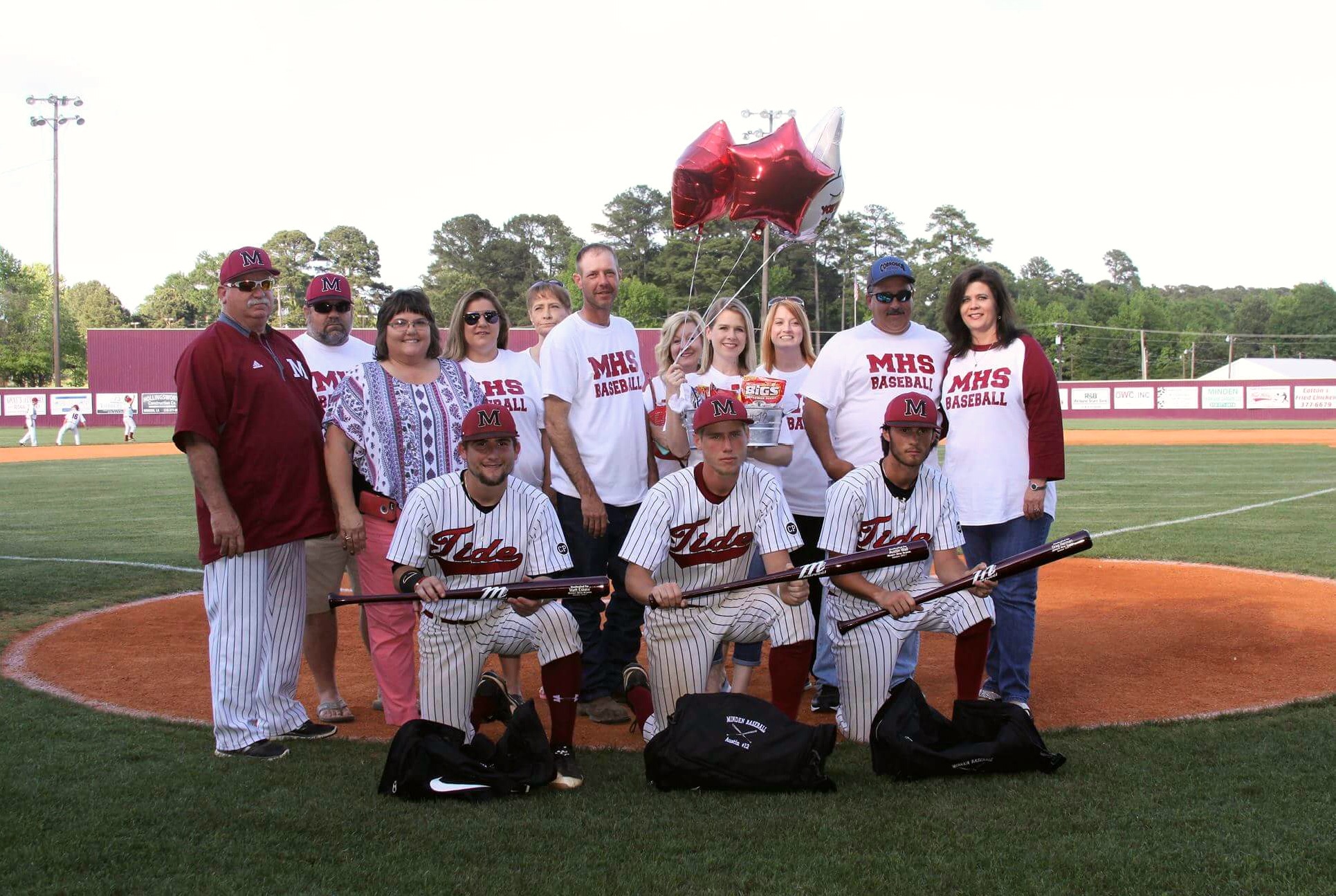 Thursday was senior night at Minden’s Griffith Stadium, and the Tide found themselves in position to win a pivotal 1-4A baseball game against North DeSoto.

Minden put together some early hits and runs at the plate, benefited from solid starting pitching from sophomore John Volentine and found themselves leading by three runs with six outs between themselves and the win.

But, as they have all season, the Tide had trouble closing the deal. North DeSoto erased a 5-2 deficit in the sixth inning with six runs to take a 8-5 lead. Minden came back with a two-run rally to cut the Griffins’ lead to 8-7, but six more North DeSoto runners scored in the top of the seventh, turning what was a dogfight for six innings into a 14-7 defeat.

No one in attendance could fault the Tide for effort. Minden appeared diled in from the start, getting an early RBI single from Trevor McLean in the bottom of the first to start the scoring.

The Griffins tied the game at 1-1 with one run in their half of the third inning, but senior Matt Eskew, Hunter Wilkes and senior Austin Wall all delivered RBI singles in a four-run fourth inning to put the Tide up 5-1.

The crushing blow came in the sixth when a tiring Volentine allowed two runners a free pass (one walk, one HBP) to load the bases. The next man up for North DeSoto delivered a bases-clearing double to deflate the Tide, who would allow two more runs to cross in the inning.

Haynes Mandino had an RBI single for the Minden offense and Wilkes had two singles for a multi-hit game.