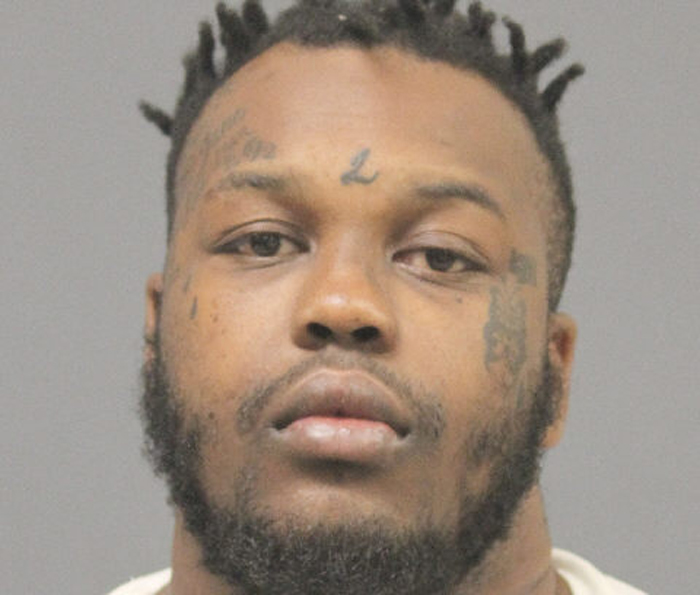 SPRINGHILL – A Webster Parish Sheriff’s deputy was hit by a vehicle with a 1-year-old child inside during a traffic stop.

The driver, later identified as Desmond D. Hill, 25, of the 10 block of Camelot Drive, reportedly came to the traffic stop in Sarepta on U.S. Highway 371 when he showed up to pick up a child at the scene.

A Sarepta officer notified WPSO she had the female driver in custody on a warrant from Shreveport, and made contact with the driver’s boyfriend to pick up her child. Around midnight, Hill and the driver’s boyfriend showed up to pick up the child, deputies said. Her boyfriend stepped out of the vehicle, and before the Sarepta officer could talk to the boyfriend to release the child into his custody, Hill reportedly drove off, striking the officer with the vehicle.

A vehicle pursuit ensued northbound into Springhill, where the vehicle was stopped at Taco Bell when WPSO Lt. Luster Coleman got in front of it and Hill reportedly struck the patrol unit. Deputies and Springhill Police were able to get Hill into custody, and afterwards, they saw a 1-year-old child inside, reports said.

Hill was charged with aggravated battery of a police officer, aggravated criminal damage, aggravated flight with child endangerment, no driver’s license and as a fugitive from Bossier City.